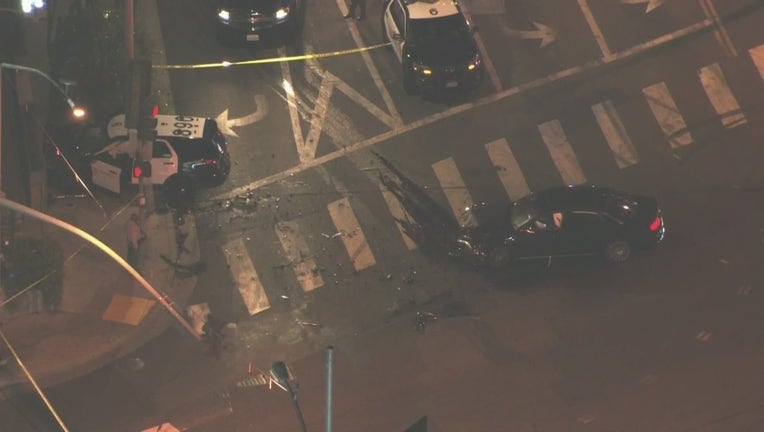 SkyFOX was over Sunset and La Cienega boulevards around 11 p.m. Wednesday. The two civilians and two Los Angeles County sheriff's deputies who were hurt in the crash were taken to the hospital, according to the Los Angeles County Fire Department.