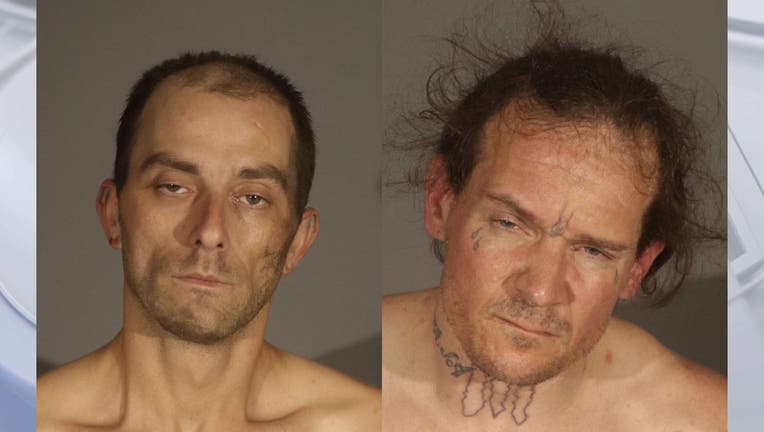 SANTA MONICA, Calif. - Two homeless men were arrested in Santa Monica over the weekend for allegedly stealing a vehicle and leading police on a short chase through the city.

Santa Monica Police responded to reports of a car alarm in the 1400 block of Hill Street just before 1 a.m. on Sunday, Oct. 3. When officers got there, they found a tan Toyota Tacoma pulling out of the alley behind the home, and officers said the truck sped off once it saw officers. SMPD said the driver then failed to stop at a stop sign, leading to a short police chase.

Shortly after, officers said the car crashed into a tree at the intersection of 11th Street and Ozone Avenue. The driver of the car, identified as 34-year-old Kenneth Keith Dilks, ran from the car, and officers took him into custody shortly after that. The passenger in the truck, identified as 44-year-old Jamie Wayne Smart, was arrested at the car.

Officers said that when they checked the truck, they discovered it was reported stolen out of Marina del Rey. In the car, officers said they found multiple car keys and key fobs, garage openers, ID cards, robbery tools, and what officers believed to be methamphetamine. Officers also found that Dilks had an outstanding warrant.

Both Dilks and Smart are facing charges of Grand Theft Auto, conspiracy and possession of burglary tools. Dilks additionally faces charges of methamphetamine possession, obstructing and evading arrest, as well as his outstanding warrant.