Two people suffered burn injuries in a solo-vehicle crash in Winnetka on Nov.1.

The crash occurred when a red vehicle plowed into some parked cars and burst into flames around 12:15 p.m. near the intersection of Saticoy Street and Mason Avenue, Los Angeles Fire Department spokeswoman Margaret Stewart said.

SkyFOX flew over the wreckage and showed the vehicle appeared to have crashed into a tree. 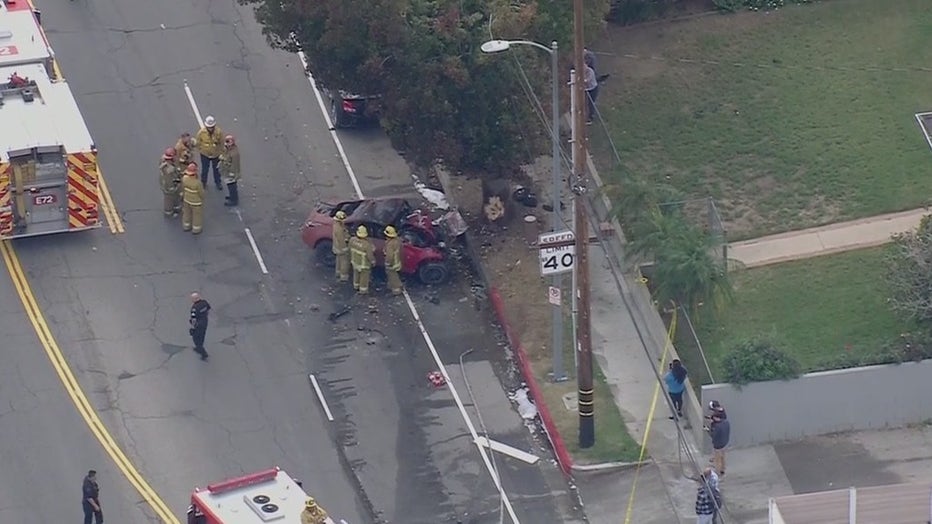 The driver and passenger were extricated from the vehicle and were then rushed to an area hospital in critical condition, fire officials said.

LAFD crews knocked down the flames and the cause of the crash was under investigation.