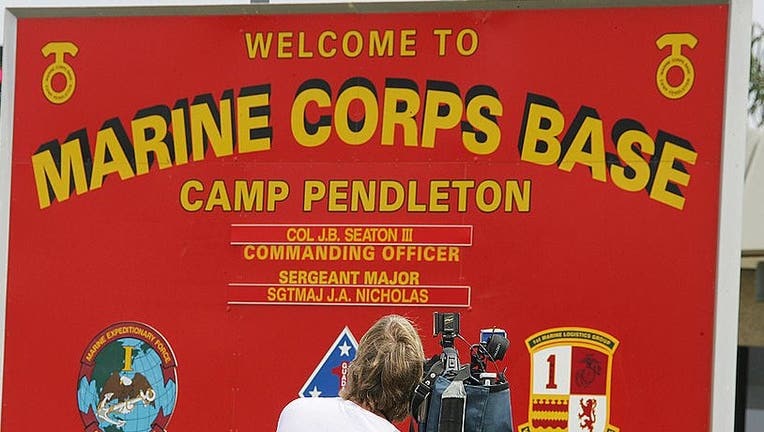 One Marine and three civilians were charged with conspiring to distribute narcotics – including oxycodone pills laced with fentanyl – to civilians and members of the United States Marine Corps, according to the U.S. Attorney’s office. The second Marine is charged in the indictment with being an accessory after the fact.

The defendants were identified in the 14-count indictment as:

• Jordan Nicholas McCormick, 26, of Palmdale, the lead defendant and the conspiracy’s alleged supplier who provided LSD, ecstasy, cocaine, and oxycodone pills laced with fentanyl to co-conspirators;
• Gustavo Jaciel Solis, 24, of Sylmar, who allegedly distributed McCormick’s drugs to civilians and military personnel;
• Anthony Ruben Whisenant, 20, a lance corporal in the United States Marine Corps, who allegedly distributed narcotics to active service members, including an active-duty Marine who died after ingesting an oxycodone pill laced with fentanyl purchased from Solis;
• Jessica Sarah Perez, 23, of Pacoima, who allegedly distributed narcotics including fentanyl and cocaine to the conspiracy’s civilian customers; and
• Ryan Douglas White, 22, a lance corporal in the United States Marine Corps, who is charged with being an accessory after the fact for allegedly attempting to hinder law enforcement’s apprehension of Whisenant and Solis.

Prosecutors said the conspiracy lasted from November 2019 to September 2020 and involved multiple sales of fentanyl-laced oxycodone to an undercover buyer, often for amounts exceeding $1,000 per buy.

Solis allegedly sold 10 pills of oxycodone laced with fentanyl to an active-duty Marine on May 22. That Marine died of a drug overdose in the early morning hours of May 23.

In addition to the conspiracy charge, McCormick, Solis, Whisenant and Perez face substantive charges of distribution of narcotics, including fentanyl. McCormick and Solis are also charged with possessing firearms in furtherance of drug crimes.

Whisenant and White were taken into federal custody Tuesday and are expected to make their initial appearances Tuesday afternoon in United States District Court in Los Angeles.

Solis and Perez were indicted on fentanyl and cocaine distribution charges, and Solis was indicted on firearms-related charges on August 11. They have pleaded not guilty to these charges and their trial date is scheduled for October 27. Solis is in federal custody and Perez is free on a $25,000 bond.