WASHINGTON - Seventeen members of Congress signed a letter to Vice President Mike Pence urging him to invoke the 25th Amendment of the U.S. Constitution to remove President Donald Trump from office in the wake of protests in Washington by Trump’s supporters that devolved into a violent riot inside the U.S. Capitol.

Democratic members of the U.S. House Judiciary Committee, led by Rep. David Cicilline, congressman for Rhode Island’s 1st District, as well as California Rep. Ted Lieu, signed a letter to Pence asking him to invoke the 25th Amendment, which would temporarily transfer power to Pence until President-elect Joe Biden is sworn into office on Jan. 20. 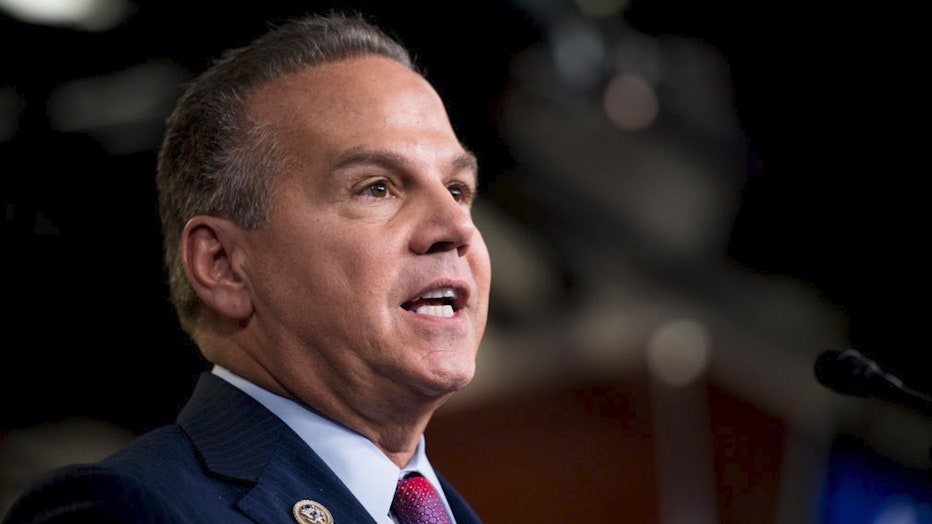 Rep. David Cicilline, D-R.I., speaks during the House Democrats news conference in the Capitol to unveil their debt-free college plan on Tuesday, July 24, 2018.

The letter cited the president’s role in encouraging the pro-Trump riot that transpired at the U.S. Capitol on Wednesday.

The signatories of the letter called into question the president’s mental state and his inability to accept the results of the 2020 election.

"President Trump’s willingness to incite violence and social unrest to overturn the election results by force clearly meet this standard," the letter stated, referring to the 25th Amendment, section 4. "So too are his recent tweets, which Twitter has since deleted, saying the election was ‘stolen’ and that today’s riots ‘are the things and events that happen.’"

"For the sake of democracy, we emphatically urge you to invoke the 25th Amendment and begin the process of removing President Trump from power. President Trump has shown time and again that he is unwilling to protect our Democracy and carry out the duties of the office," the letter concluded. 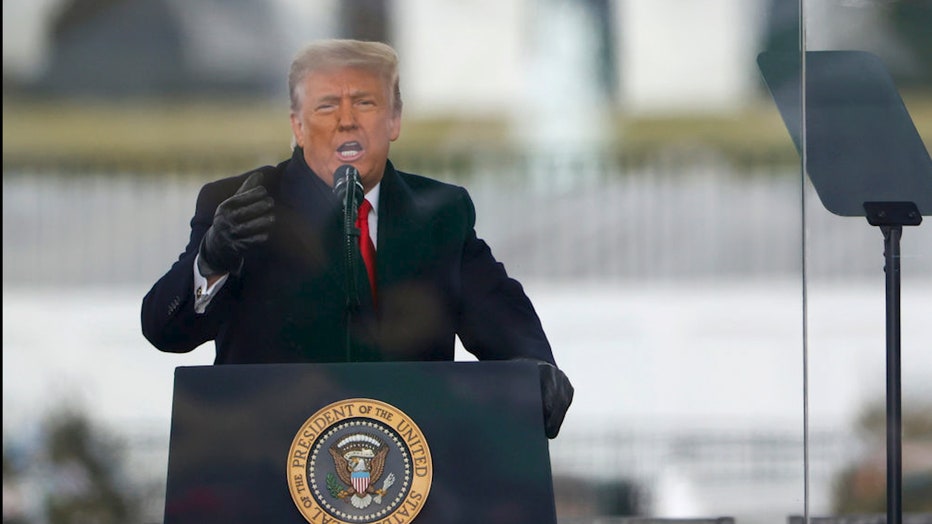 President Donald Trump speaks at the "Stop The Steal" Rally on January 06, 2021 in Washington, DC.

Lawmakers on both sides of the aisle criticized Trump for fanning the flames that led to a riot inside the U.S. Capitol by repeating false claims of widespread voter fraud and relentlessly questioning the integrity of the 2020 election, with some calling for the president to be impeached for a second time, and others calling for use of the 25th Amendment.

Senate Democratic leader Chuck Schumer joined the growing chorus of lawmakers calling on Trump’s Cabinet to remove him from office on Thursday, saying the attack on the Capitol "was an insurrection against the United States, incited by the president." He added that Trump "should not hold office one day longer."

Schumer echoed that Pence and the Cabinet should invoke the 25th Amendment and immediately remove Trump from office. He added, "If the vice president and the Cabinet refuse to stand up, Congress should reconvene to impeach the president."

Earlier Thursday, Rep. Adam Kinzinger, R-Ill., called for Pence to invoke the 25th Amendment to remove Trump from office. "The president is unfit. And the president is unwell," Kinzinger said in a video posted on Twitter.

On Wednesday, the pro-Trump mob breached the U.S. Capitol building, breaking windows, leveling barriers, scaling walls and violently clashing with police. Rioters took over the presiding officer’s chair in the Senate, the offices of the House speaker and the Senate dais, where one yelled, "Trump won that election."

They mocked its leaders, posing for photos in the office of House Speaker Nancy Pelosi, one with his feet propped on her desk, another sitting in the same seat Pence had occupied only moments before during the proceedings to certify the Electoral College vote.

Elected officials and public figures who were not listed in the letter sent to Pence, including former Virginia Gov. Terry McAuliffe and Rep. Charlie Crist, had voiced their support for implementing the 25th Amendment earlier on Wednesday in the wake of the riot at the Capitol.

Gabriel Noronha, a U.S. State Department official who oversees communications between the U.S. and Iran, tweeted that the president is "entirely unfit to remain in office, and needs to go."

Under the 25th Amendment, Congress, the cabinet and vice president can strip powers from a president if for some reason he or she is declared unfit under dire circumstances. But that requires a two-thirds vote of both chambers.

Section 4 of the 25th Amendment also states that a majority of "such other body as Congress may by law" determine if the president cannot discharge the powers and duties of his office. Rep. Jamie Raskin, D-Md., said in October that it's time for Congress to set up a commission on presidential succession, saying that the coronavirus crisis has further shown the need for a plan in the event that the president is incapacitated.

Raskin's bill, which would have to be passed by both chambers of Congress and signed by the president, would set up "the Commission on Presidential Capacity to Discharge the Powers and Duties of the Office."

RELATED: Here’s what the 25th Amendment says and how it works

The 17 members of the bipartisan commission would work with the vice president to determine whether the president is "unable to discharge the powers and duties of his office" due to physical or mental incapacity. Prospectively, that commission would adjudicate the need for a transfer of power.

"In times of chaos, we must hold fast to our Constitution," Raskin added. "The 25th amendment is all about the stability of the presidency and the continuity of the office."

The rioters were egged on by Trump, who has spent weeks falsely attacking the integrity of the election and had urged his supporters to descend on Washington to protest Congress’ formal approval of Biden’s victory. Some Republican lawmakers were in the midst of raising objections to the results on his behalf when the proceedings were abruptly halted by the mob.

Congress reconvened late Wednesday, with lawmakers decrying the protests that defaced the Capitol and vowing to finish confirming the Electoral College vote for Biden’s election, even if it took all night.

Pence reopened the Senate and directly addressed the demonstrators: "You did not win."

Republican Senate Majority Leader Mitch McConnell said the "failed insurrection" underscored lawmakers’ duty to finish the count. Democratic House Speaker Nancy Pelosi said Congress would show the world "what America is made of" with the outcome.

The president gave his supporters a boost into action Wednesday morning at a rally outside the White House, where he urged them to march to the Capitol. He spent much of the afternoon in his private dining room off the Oval Office watching scenes of the violence on television.

At the urging of his staff, he reluctantly issued a pair of tweets and a taped video telling his supporters it was time to "go home in peace" — yet he still said he backed their cause.

On Wednesday, Twitter for the first time locked Trump’s account, demanded that he remove tweets excusing violence and threatened "permanent suspension." Facebook and Instagram said Thursday they will bar Trump from posting at least until the inauguration of Biden.

The Associated Press, FOX News and Kelly Hayes contributed to this report.