LAPD confirmed with FOX 11 that the man who opened fire at a CHP officer was originally wanted for a South LA homicide that took place over the weekend.

LYNWOOD, Calif. - A murder suspect is dead after he and California Highway Patrol officers were involved in a shootout on the 105 Freeway at the 710 Freeway.

The suspect's vehicle broke down on the transition road from the westbound 105 Freeway to the northbound 710 Freeway in the Paramount area around 8:40 a.m. Tuesday.

CHP officers responded to a call for a disabled vehicle and at some point when they stopped to render aid, the suspect – later identified by the Los Angeles Police Department as 35-year-old Jesse Medrano – pulled out a handgun. Video from SkyFOX showed Medrano open fire on the officers, who returned fire, striking the suspect. 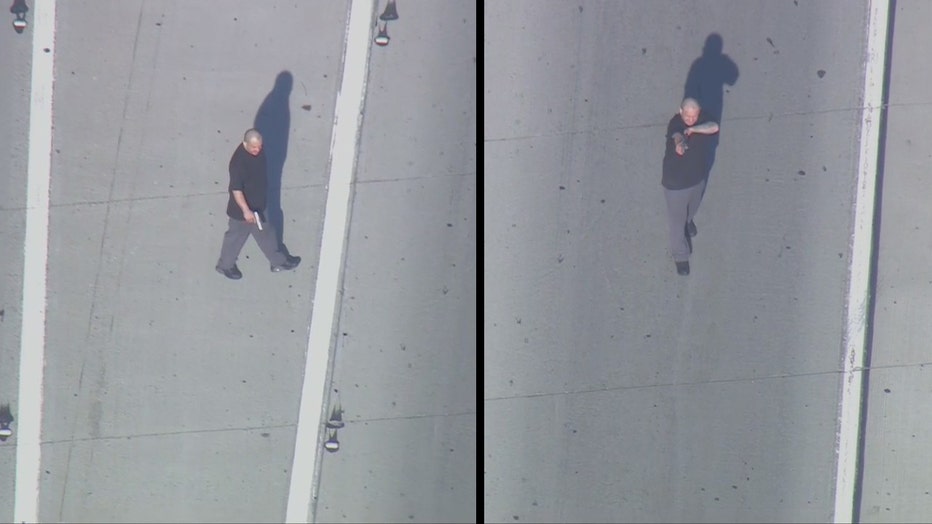 Video from SkyFOX showed that the suspect in a standoff with CHP officers Tuesday was seen holding a handgun before opening fire on officers. (FOX 11) 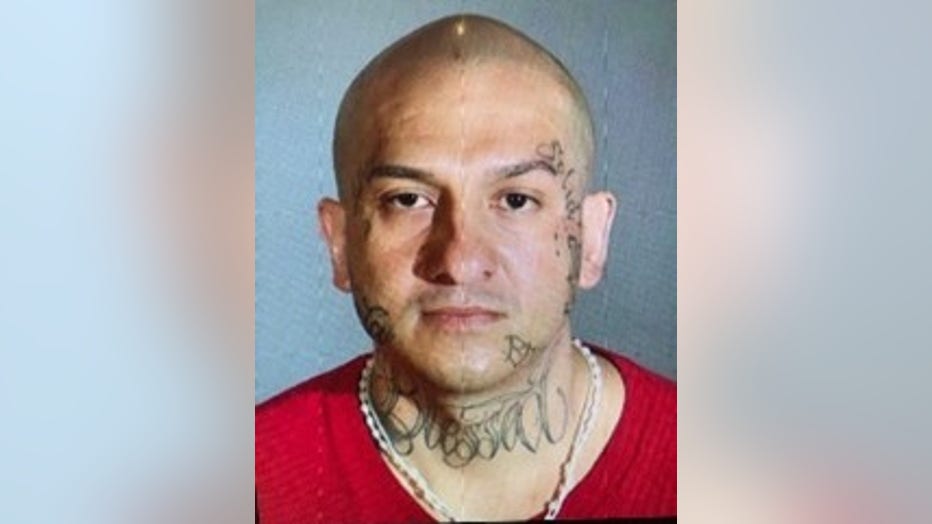 Medrano was transported to the hospital by ambulance where he was pronounced dead at the hospital.

One CHP officer was wounded in the shooting. The wounded CHP officer suffered a graze wound to the head, and he could be seen walking in the area after the shooting and being treated at the scene.

The suspect's vehicle matched the license plate of a vehicle stolen by Medrano, CHP said after the deadly shooting. 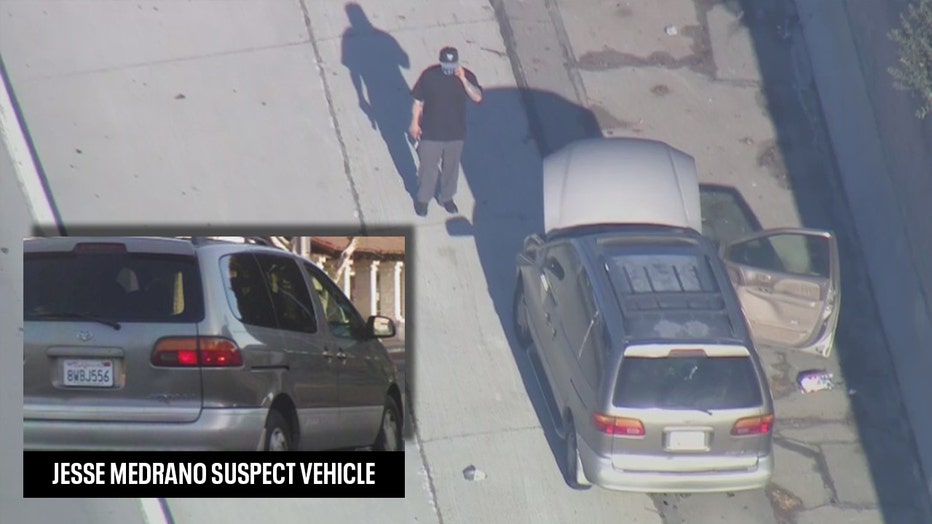 Medrano was identified as the suspect in the shooting death of Ruben Marrufo, 61.

On Sunday, October 3, officers with the Los Angeles Police Department responded to a call of a shooting in the 400 block of East 92nd Street in the South Los Angeles area.

According to the LAPD, Medrano was involved in a dispute with family members when he allegedly shot Marrufo and two other family members. Medrano reportedly drove away from Sunday's deadly shooting scene and ditched the car in the city of Bell.

He then carjacked another vehicle, which was the same license plate as the SUV that got disabled prior to Tuesday's deadly shootout.