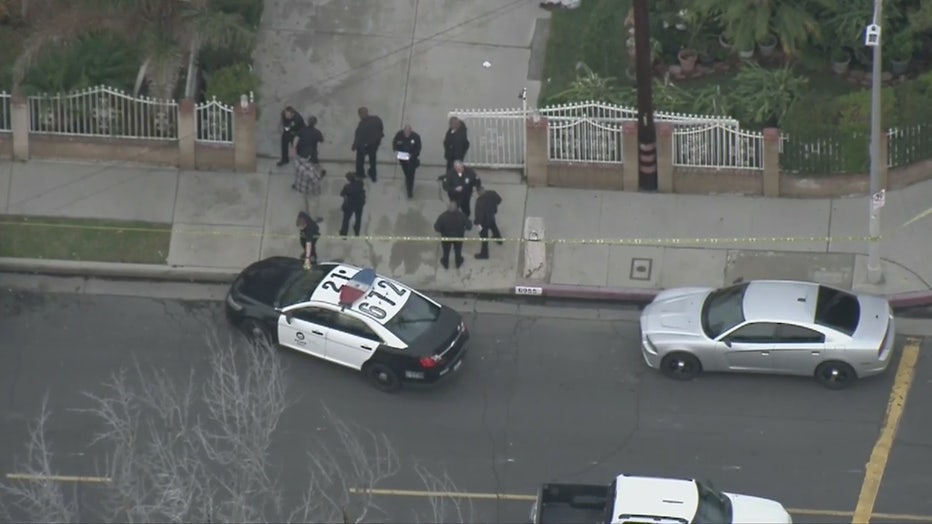 The shooting happened in the 6900 block of Variel Avenue just after 3:30 p.m. The victim was reportedly shot in the leg and taken to a hospital where he was listed in stable condition, according to Los Angeles police Lt. Eric Eppolito.

Two men are still being sought, Eppolito said, but suspect descriptions were not released.

A similar shooting was reported on Tuesday morning just before 1 a.m. in the 8000 block of
Loma Verde Avenue when several suspects approached a man in his garage and he was shot in the stomach, Los Angeles police said.

No information was available on what led to the shooting. Four men are being sought who allegedly fled on bicycles.

At this time, authorities do not believe the two shootings are related.