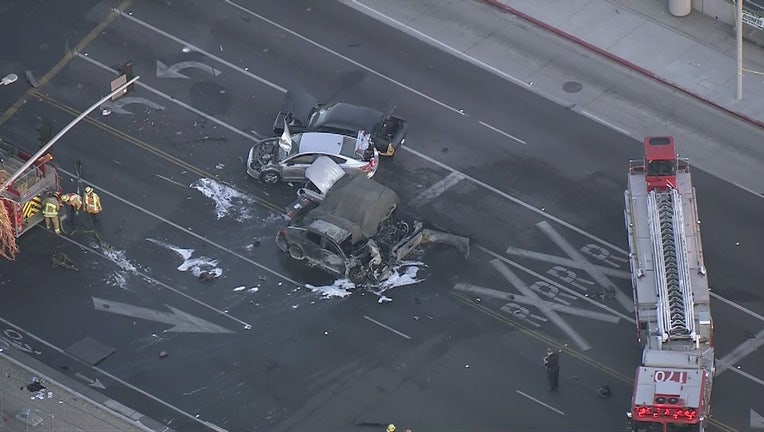 INGLEWOOD, Calif. - A person was killed Monday following a multi-vehicle crash in Inglewood.

The collision happened shortly after 4:30 p.m. near the intersection of Florence Avenue and Centinela Avenue. The intersection was shut down for the investigation.

At least two of the vehicles involved caught on fire as a result of the collision, according to police. Los Angeles County firefighters were able to extinguish the flames.

Multiple people were treated for their injuries on scene and then taken to the hospital. Unfortunately, one of the drivers involved in the crash died from their injuries. That person has not yet been identified.