The Powerball jackpot continues to grow after no one matched all the numbers in Wednesday night's drawing.

The grand prize will be $800 million for Saturday night's drawing.

The cash value is approximately $383.7 million.

Wednesday night's jackpot was worth an estimated $715.1 million. 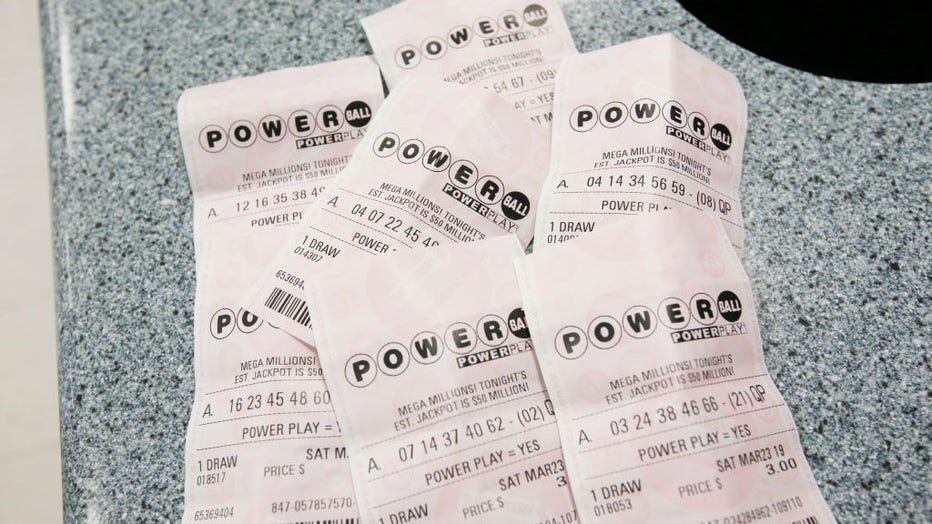 There were winners who matched five numbers worth $1 million in California, Connecticut, Illinois, Michigan and New York.

One ticket each with five numbers, but missing the Powerball number, was sold at a pharmacy in Rancho Cucamonga and a gas station in Los Gatos. They are each worth $1,556,855, the California Lottery announced.

Tickets with five numbers, but missing the Powerball number, sold in other states are worth either $1 million or $2 million, but California law requires major payoffs of lottery games to be paid on a pari-mutuel basis.

The Powerball jackpot was previously won on Aug. 3, when a Pennsylvania ticket won a $206.9 million jackpot.

Since then, there have been 36 drawings in a row without a grand prize winner.

The Powerball holds the world record for the largest jackpot set in 2016, with $1.586 billion shared by winners in California, Florida and Tennessee.

Powerball is played in 45 states, along with Washington, D.C., Puerto Rico and the U.S. Virgin Islands.