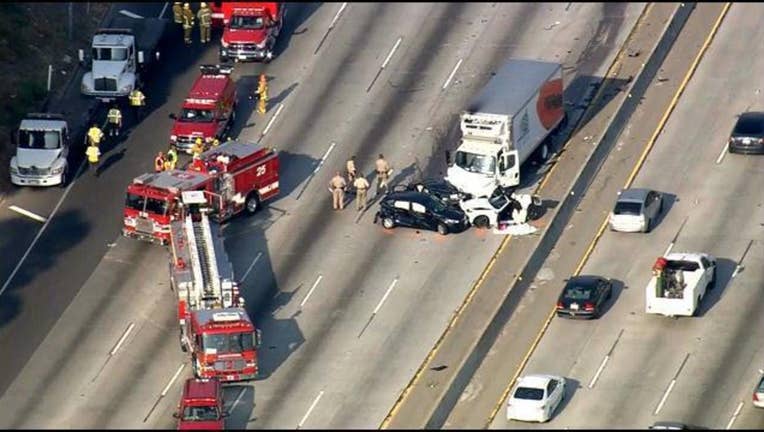 LOS ANGELES (CNS) - One person was killed Friday in a five-vehicle crash on the Pomona (60) Freeway in Boyle Heights, authorities said.

The crash was reported at 4:17 p.m. on the westbound side of the freeway at Lorena Street, California Highway Patrol Officer Alex Rubio said.

One victim was pronounced dead at the scene, he said.

Six other people were taken to hospitals, Shawn Lenske of the Los Angeles Fire Department said, but no information was available about their genders, ages and conditions.

Initial reports from the scene indicated one of the vehicles was a big rig, Rubio said.

All westbound lanes of the freeway were closed after the crash and a SigAlert was issued, he said. Copyright 2015 FOX 11 Los Angeles : Download our mobile app for breaking news alerts or to watch FOX 11 News | Follow us on Facebook, Twitter and YouTube.