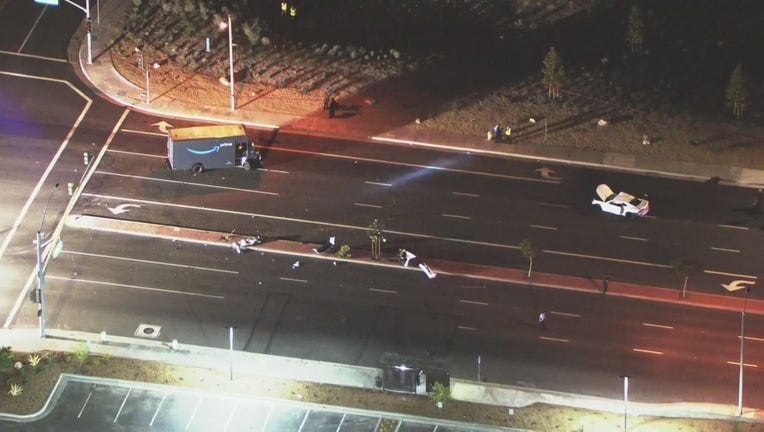 CYPRESS, Calif. - One person was killed, and another person was hospitalized after a crash involving an Amazon van near Cypress hub, according to the officials.

The crash happened shortly before 7:20 p.m. Sunday near the intersection of Katella Avenue and Holder Street, according to the Orange County Fire Authority.

When officials got to the scene they found three people injured. One person was determined to have already died from their injuries, while the other two were transported to local trauma centers.

SUGGESTED: Toddler hit and killed by Amazon van in Irvine

Images from SkyFOX show an Amazon delivery van and a white four-door car facing each other in the street. The Amazon van seems to be facing the wrong way in the lanes.

No other information about the people involved in the crash or what led to the crash was immediately available.