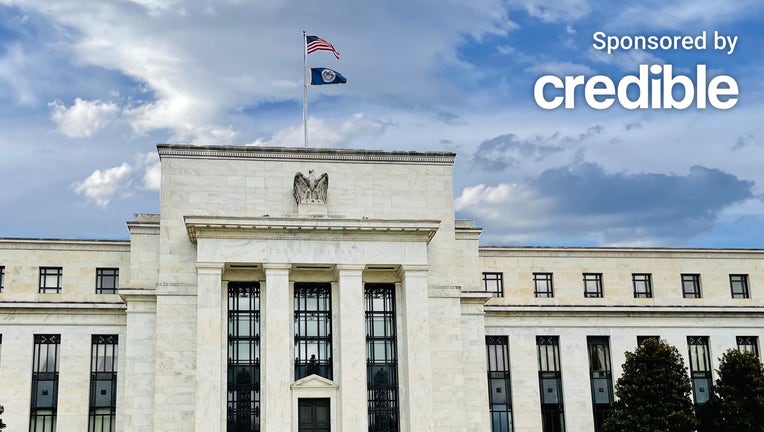 The Federal Reserve once again raised interest rates by 75 basis points on Wednesday. This marked the third consecutive 75-basis point increase and the fifth rate hike this year.

The move came as the Fed continues to fight high inflation, which hit 8.3% annually in August. This was a slight improvement from July but still remains near the 40-year high set earlier this year and is much higher than the central bank’s preferred 2% annual average.

The rate hike brings the federal funds rate to a targeted range of 3% to 3.25%, and the Fed said it anticipates that more rate hikes are on the horizon, as it is "strongly committed to returning inflation to its 2% objective."

If you want to take advantage of interest rates before they move higher, you could consider taking out a personal loan to pay down high-interest debt at a lower rate. Visit Credible to find your personalized interest rate without affecting your credit score.

Can the Fed reduce inflation quickly?

While the Federal Reserve maintains its monetary policy and forecasts more rate hikes, it indicated that bringing down inflation could take longer than previously anticipated.

"At 3%, the rate is now above what most FOMC members consider to be the long-term level and should be effective in reducing demand and slowing inflation over time," Mike Fratantoni, Mortgage Bankers Association (MBA) senior vice president and chief economist, said in a statement.

"The FOMC members’ projections indicate slower growth, slowly decelerating inflation, and a fed funds rate that will likely top out well above 4%," Fratantoni said. "The surprise for the market might be the median expectation that they could increase rates to 4.4% by the end of this year."

The Federal Open Market Committee (FOMC) upped its projection for interest rates by the end of the year, showing that bringing down inflation could be a longer process than it originally anticipated. FOMC members increased their projections for year-end interest rates from 3.4% to 4.4%, and expects rates to remain at or above 4% through 2024.

"Focusing on the Fed’s interest rate decision totally misses what’s most important," Morning Consult Chief Economist John Leer said in a statement. "FOMC members significantly increased their projections for inflation, unemployment and interest rates over the next two years and lowered their GDP growth forecasts. Even the Fed is growing less confident in its ability to achieve a soft landing."

One way to take advantage of today’s interest rates is by refinancing your private student loans to potentially reduce your monthly payments. Visit Credible to compare multiple student loan lenders at once and choose the one with the best interest rate for you.

ECONOMY COULD SEE MODEST GROWTH IN SECOND HALF OF 2022: FANNIE MAE

Is a recession on the horizon?

Back-to-back negative GDP readings in the first half of 2022 created some debate about whether or not the U.S. is in a recession. Typically, economists consider a recession to be after two consecutive quarters of negative GDP growth. But the White House has said that may not be the case in this instance.

The National Bureau of Economic Research defines a recession as "a significant decline in economic activity that is spread across the economy and that lasts more than a few months." The bureau will typically wait as long as a year to declare that a recession has begun.

If the U.S. is not currently in a recession, the continued interest rate increases could spark one soon, one expert said.

"High interest rates restrict consumption and investment activity by raising the cost of borrowing funds," Dawit Kebede, Credit Union National Association's (CUNA) senior economist, said in a statement. "This slows the economy and increases the likelihood of a recession considering that the GDP has slipped the last two quarters.

"The move will also increase the unemployment rate from its current low level," Kebede continued. "The intent is to create some slack in the labor market. Currently, labor demand is stronger than supply, leading to faster wage growth that is adding more Inflationary pressure."

If you want to take advantage of interest rates before they rise further, you could consider refinancing your mortgage to potentially lower your interest rate and reduce your monthly payment. To see if this is the right option for you, contact Credible to speak to a home loan expert and get all of your questions answered.