TAMPA, Fla. - The National Hurricane Center has issued tropical storm warnings for the central Gulf Coast ahead of the likely formation of Tropical Storm Claudette, which is expected to dump several inches of rain on Louisiana as it slogs ashore.

A tropical storm warning is in effect for the Gulf Coast from Intracoastal City, Louisiana, to the Alabama/Florida border, including Lake Pontchartrain, Lake Maurepas, and metropolitan New Orleans.

The storm is forecast to avoid the Tampa Bay area and much of Florida, according to FOX 13’s meteorologist Dave Osterberg.

"There’s a lot of moisture here and it’s going to move northward up into the northern Gulf coast from Galveston all the way over into New Orleans, especially into southeastern Louisiana," he explained. "Heavy rainfall will be the biggest issue. At this point, there is nothing to indicate that it will move to the east. So, they’re going to get a lot of rain up in Louisiana." 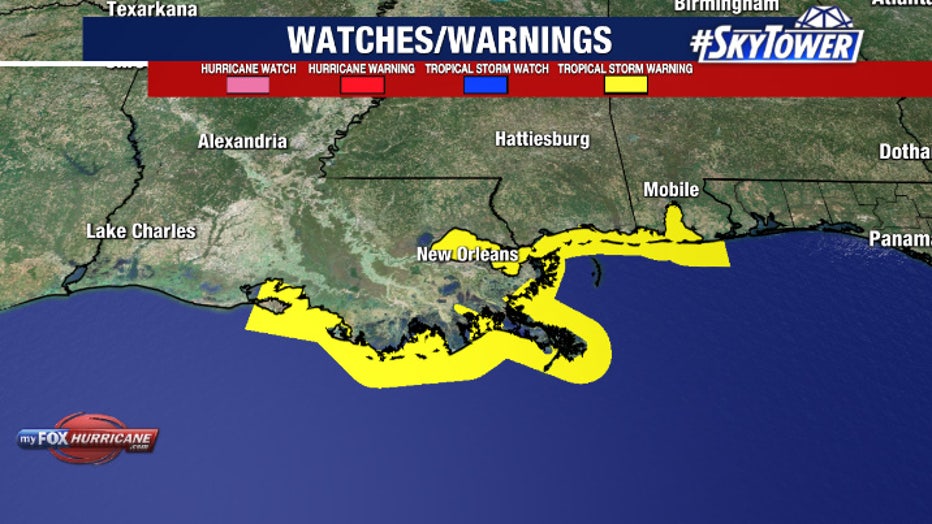 In a "potential tropical cyclone advisory" issued Thursday afternoon, the NHC said showers could reach the shores of Louisiana by Friday.

Heavy rain is expected to continue affecting South Louisiana and coastal Mississippi through Father's Day on Sunday, with as much as 12 inches of rain possible as the storm slogs through.

"Regardless of strength, the biggest threat is going to be heavy rainfall and localized flash flooding for parts of the northern Gulf Coast up through the Southeast over the weekend. This is going to be a lopsided system with the heaviest rain falling east of the center," FOX 13 meteorologist Tyler Eliasen wrote. 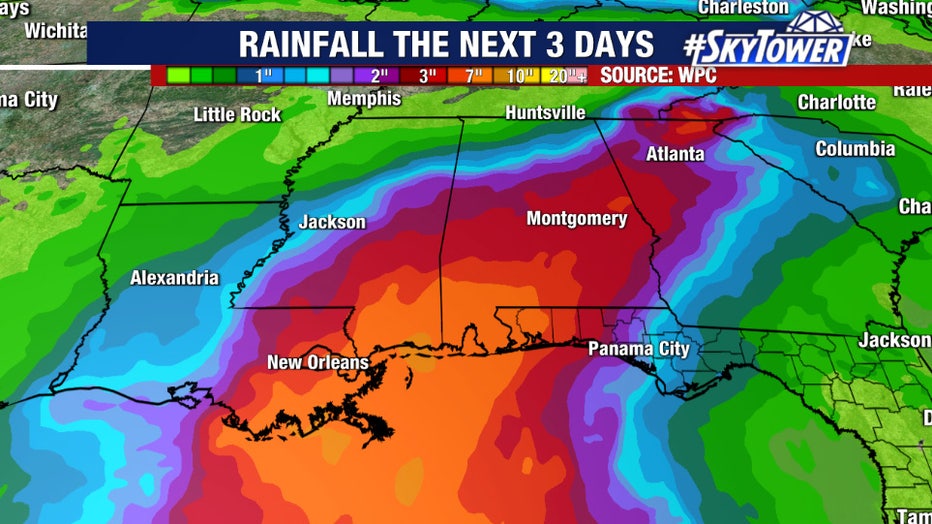 Tropical Storm Bill formed earlier this week as it moved away from the east coast of the U.S. and further into the cooler waters of the Atlantic Ocean. It has since weakened to a post-tropical cyclone. Subtropical Storm Ana formed before the official start of the 2021 hurricane season.

NOAA issued its annual hurricane season outlook last month, calling for an above-average number of storms in 2021, but not as many as last year’s record-breaking season.