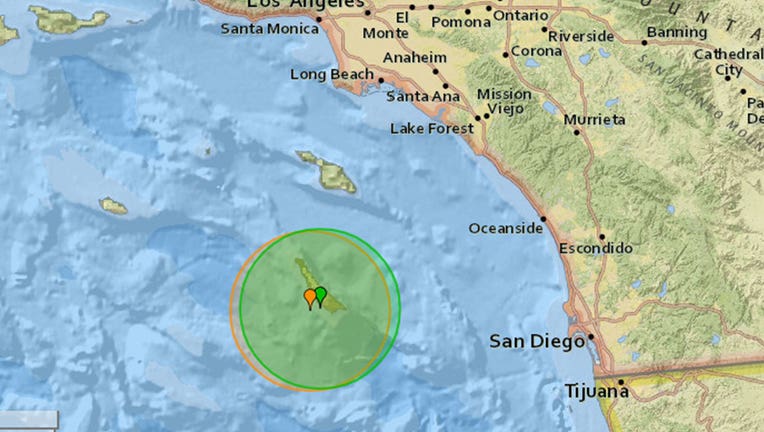 The U.S. Geological Survey (USGS) reported the first quake at 3:47 a.m. approximately 9 miles from San Clemente Island. It was recorded at a depth of about 5.2 miles.

Reports on the USGS "Did You Feel It?'' map showed light shaking could be felt along the coast from Santa Monica to San Clemente and as far inland as Hemet and Fontana. Light shaking was also reported in San Diego County from Escondido to Chula Vista.

The second 4.3-magnitude earthquake was reported at 7:32 a.m. approximately 11 miles west of San Clemente Island, according to USGS. It was recorded at a depth of about 5.2 miles.

There were no immediate reports of injuries or damage.