With the 'bomb cyclone' winter storm expected to affect millions of Americans, LiveNOW from FOX's Josh Breslow got the latest forecast from FOX Weather's Jason Frazer.

As if the run game wasn’t already an essential aspect of a football rivalry, it’ll be more critical during Week 16 play as drastic weather will impact several NFL games this weekend.

A massive winter storm will usher in bitter cold and very strong winds, leading to life-threatening wind chills across most of the country this week.

Teams could see the coldest temperatures of the regular season over the Christmas weekend.

With highs only being in the single digits and the feels-like temperature dipping below zero on Saturday, frostbite can happen in minutes and affects any exposed skin. 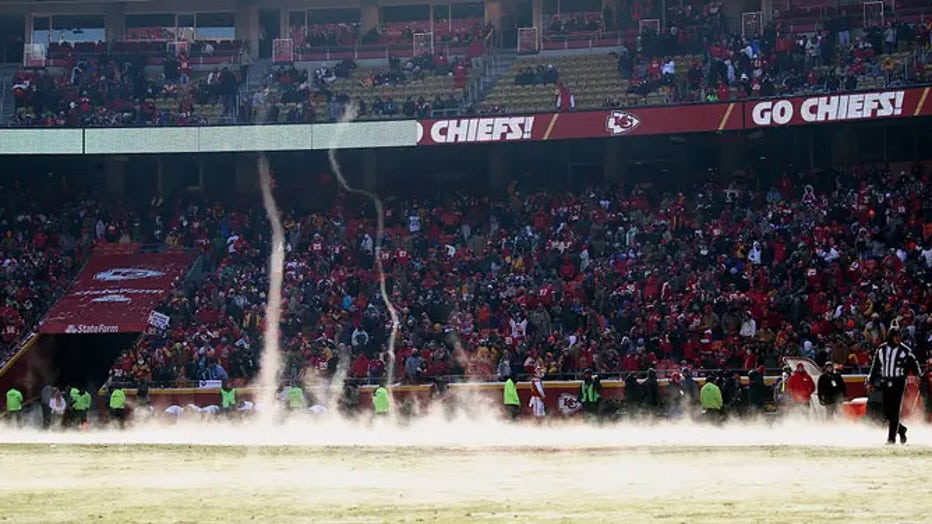 The frigid cold with steam coming from the field creates odd formations during an NFL game between two division-leading teams, the Tennessee Titans and Kansas City Chiefs on December 18, 2016 at Arrowhead Stadium in Kansas City, MO. (Photo by Scott W

Those playing in open-air stadiums will be most at risk for several Saturday NFL games.

In brutally cold conditions such as these, a strong running game will be vital, as footballs don't travel as far in cold weather, making pass offenses less effective.

WHICH NFL TEAMS DO BEST IN THE COLD? 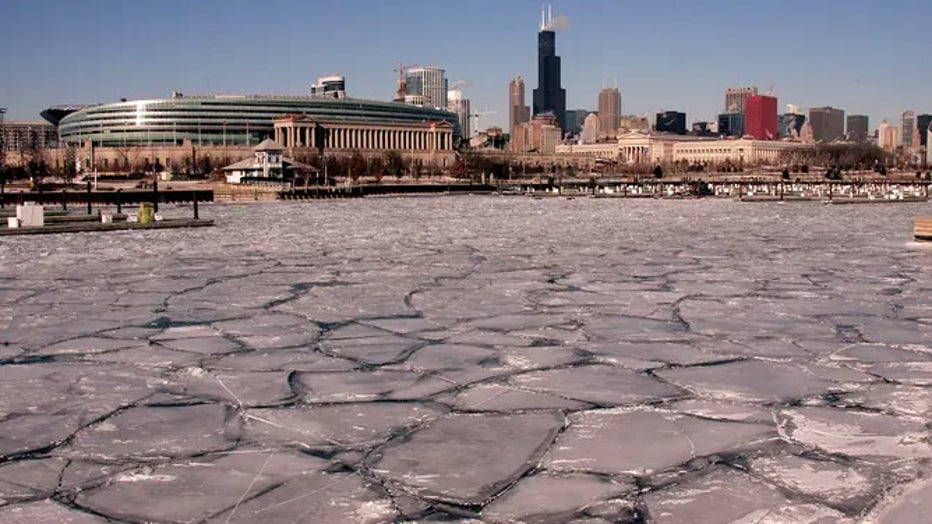 The Bills just can’t seem to get a break from the snow this season. Luckily, they will play in Chicago, where only lingering snow showers will be present, but the wind and cold temperatures will be a factor.

And while the Bills should be most worried about Bears’ quarterback Justin Fields’ insane rushing game, winds and bitterly cold temperatures should top their list.

Chicago is no stranger to wild weather, and Saturday will be no different. Strong winds with single-digit temperatures will make it feel like 20 degrees below zero on Saturday afternoon. 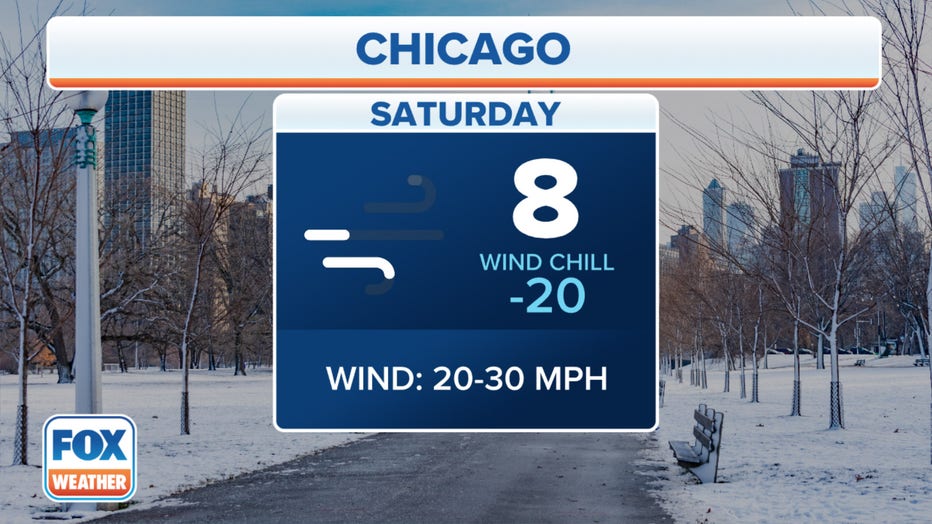 In games with temperatures below 34 degrees, the Bills rank as one of the best-performing NFL teams in frigid weather since 2008. According to SportsWeather.com, the Bills have a winning percentage of 55% in games with temps below freezing.

The Bills clinched a playoff spot last week with their win against the Miami Dolphins but need this win over the Bears to keep them in a top spot in the AFC.

The Bears have nothing to lose but their pride during the game, as their playoff hopes were lost well before Saturday. 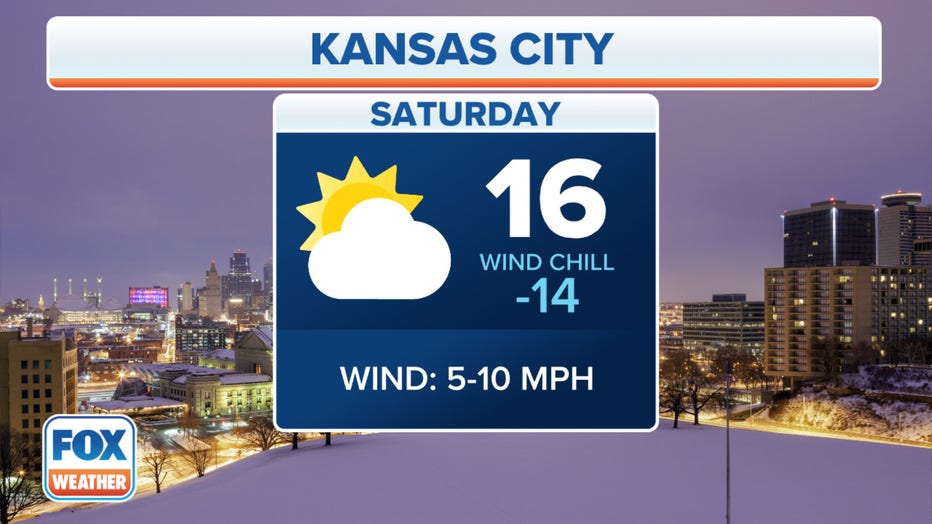 The Seattle Seahawks will have their work cut out for them, not only with the Kansas City Chiefs but with the weather too. This is another game where the wind chill will be well below zero.

The cold and wind may hinder the passing attack, but don’t count on it with the Chiefs with Patrick Mahomes at the helm. But if the Chiefs decide to run the ball more, the Seahawks have one of the worst rush defenses in the NFL.

Geaux grab extra layers: Cleveland to be an icebox for Saints-Browns game 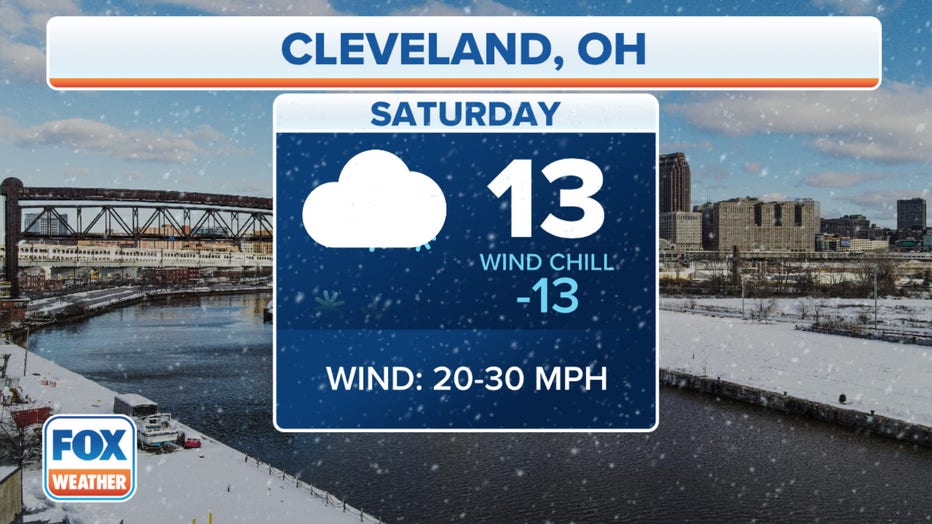 This Saturday afternoon matchup is between the two long-shot playoff hopefuls.

There could be some snow in the mix in Cleveland, but perhaps even more concerning is the wind, which will cause temperatures to be well below zero.

The New Orleans Saints play their home games in a dome, so they will face questions heading into the weekend about their performance in cold weather.

However, according to data from SportsWeather, the Saints rank in the top 10 of best-performing teams in the cold, with a winning percentage of 50%. Grant it, they've only played in 10 cold-weather games since 2008, so not a huge sample size, but nonetheless still pretty good for the Saints.

On the other end of the spectrum, the Browns have played in quite a few cold-weather games since 2008, and rank near the bottom of the league with a 29% winning percentage. 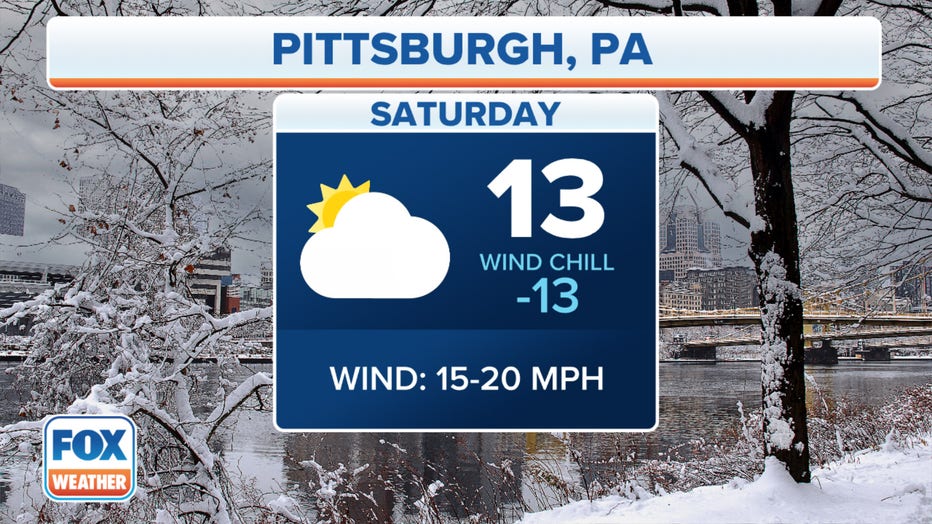 The Pittsburgh Steelers should really use all that money from their naming rights deal to add a roof to the stadium because they will definitely need it this weekend.

Not much playoff implication in this game, even though both teams are still mathematically alive. And after coming off a miracle-type win last week, the Las Vegas Raiders may be hoping for another one in these weather conditions.

The temperature is expected to be in the teens. With the winds blowing and this being a nighttime game, the wind chill could dip below zero.

LINK: GET UPDATES ON THE FORECAST FROM FOXWEATHER.COM