LOS ANGELES - This week, some four months after California’s stay-at-home order began, the situation continues to take a turn in the wrong direction.

For the first time, California recorded more than 10,000 new cases in a single day, as the total number of confirmed COVID-19 infections in the Golden State ballooned to more than 370,000.

As a result, Governor Newsom followed up his announcement that indoor services would be ending at many restaurants, theaters, salons, and other businesses, with an order on Friday that schools in some 32 of the state’s 58 counties would be online-only to start fall instruction.

To break down the newest orders, their emotional ramifications, and their legality, Elex Michaelson is joined this week on The Issue Is by Long Beach Mayor Robert Garcia, attorney Harmeet Dhillon, and psychologist Michael Gervais.

The conversation began with Long Beach Mayor Robert Garcia, for whom the virus has become even more personal, as this week both his mother and step-father were hospitalized and put on ventilators as a result of COVID-19.

“We’ve been praying and putting all of our good energy into a full recovery for both of them,” Garcia told Michaelson. “They’re both stable, but we know this a very delicate situation they’re both in and so all of our love is there, it’s very hard not to be at the hospital, but we’re in constant communication with the doctors and the nurses.”

In a statement released via Twitter earlier in the week, Garcia praised the “amazing” doctors and nurses caring for his parents, calling their care “heroic.”

But as Garcia experiences the very personal impact of coronavirus, he simultaneously is responsible for the well-being of the citizens of Long Beach, where, as of July 15, more than 6,252 cases have been confirmed, resulting in 149 deaths.

“My attention is split between ensuring that my family receives the best care, but also leading the city,” Garcia said, noting that he continues to be passionate and focused on providing his constituents with assistance around COVID-19, ensuring “that we are being as safe as possible, and making sure our hospitals are not overrun.”

Next, the conversation turned to schools, a subject in which Long Beach has been ahead of the curve as of late, voting earlier this week to postpone the resumption of in-class learning until at least October 5.

Garcia, who worked as a school teacher before becoming Mayor, said that he agrees that in-person teaching is more effective, but that now the top priority is health and safety.

Likewise, while empathizing with the strain being put on small business owners, Garcia expressed support for the Governor’s further roll-back of the state’s reopening efforts.

“We know that small business owners are hurting… and it’s incredibly hard,” Garcia said. “At the same time, I also understand the need for a statewide public health approach, and I think that the Governor is making these decision based on the numbers he is seeing every single day out of the state.”

As restaurant owners, gym owners, and others struggle, Garcia added that Long Beach is looking for creative solutions, such as outdoor expansion, to allow operations to continue safely.

Next, Michaelson was joined by Harmeet Dhillon, attorney and Committeewoman of the California RNC, to discuss the legal implications of Governor Newsom’s new school closure guidelines.

This, as Dhillon, who has sued Newsom multiple times for overreach during the COVID-19 pandemic, prepares legal action against the mandate that nearly 80% of the state’s schools remain online-only come the fall.

“Yet again he has gone too far, and this time this issue affects not just the kids, but their parents, and their parents who have jobs,” Dhillon said of the Governor. “This is actually a catastrophe for much of California, and we are intending to challenge it legally.”

After explaining a number of practical concerns over the guidelines, Dhillon described the legal basis for the lawsuit, citing equal rights concerns, undue burden on taxpayers, and the Constitutional guarantee for a basic education for all children as laid out in California’s Constitution.

That guarantee, Dhillon said, has not been realized via online-only learning. The attorney cited a number of conversations with teachers who say the experience of distanced learning has been a “disaster,” especially when it comes to students who need extra help, or those who have been unable to participate in virtual learning due to lack of access.

When pressed by Michaelson about weighing the health concerns of students, teachers and others, Dhillon responded by saying there are creative ways to ensure social distancing and safety for everyone, after all, she said, “we are the country that put the man on the moon.”

Next, after Dhillon posited that continued shutdowns, like those in California, are being used by Democratic leaders as a method of fear-mongering in advance of the November election, the conversation shifted to national politics, and the job President Trump has done in handling the pandemic.

“I think he’s doing a great job, I don’t think I can imagine any President who would have done a better job in dealing with this terrible, foreign-inflicted crisis,” Dhillon said.

Addressing criticism of the President’s decision to not wear a mask in public, Dhillon said the science from the CDC and WHO has evolved throughout the pandemic, and that given the fact that President Trump is tested daily, wearing a mask would serve no other purpose than to virtue signal.

During this increasingly stressful time in California, and beyond, Michaelson wrapped this week’s episode by welcoming back Dr. Michael Gervais, a high performance psychologist, host of the “Finding Mastery” podcast, and mental health coach for the Seattle Seahawks.

“This is difficult, this is not anything that people want,” Gervais said. “So the ability to adjust and adapt is the psychological principle of resiliency, and it’s at the foundation of being able to live well in life.”

Having that ability to adjust is especially key for families now, as parents and their children navigate the uncertain future of potentially weeks, if not longer, of remote learning. Given that, uncertainty, Gervais said it’s incumbent on parents to instill optimism in their children.

“What’s happening right now for many children is they’re trying their very best, and our job as parents is to say ‘okay, there’s a fundamental way that we want to think about the future, is that in an optimistic framework, or pessimistic?’” Gervais asked. “That is a learned behavior, optimism is a fundamental belief that the future is going to work out.”

Gervais further juxtaposed the current moment to a marathon, saying that when a runner begins a marathon, they know there is an endgame, but now, those people feeling stressed, anxious, or hopeless, don’t know where the end will ultimately be.

“If you’re finding yourself being frustrated - and there’s real reason to be frustrated - if you pause for a moment and you double-click underneath that, it’s usually you’re afraid something’s not going to work out,” Gervais said. “If you can acknowledge that fear, take a breath into that fear, and come right back into the present moment, and make the best choice you possibly can, that’s what winning in the present moment looks like.”

The conversation wrapped up with a discussion about the meaning of sports in people’s lives, especially as professional leagues like the NBA, MLB, and others prepare to resume their postponed and interrupted season, albeit in drastically different ways.

Gervais called sports a celebration, a recreation that helps people shift their minds from the difficulties of everyday life.

“It is an emblem of the highest performative nature of being human,” Gervais said, citing the incredible skill set of athletes that allow them to navigate the unknown found in any given game. 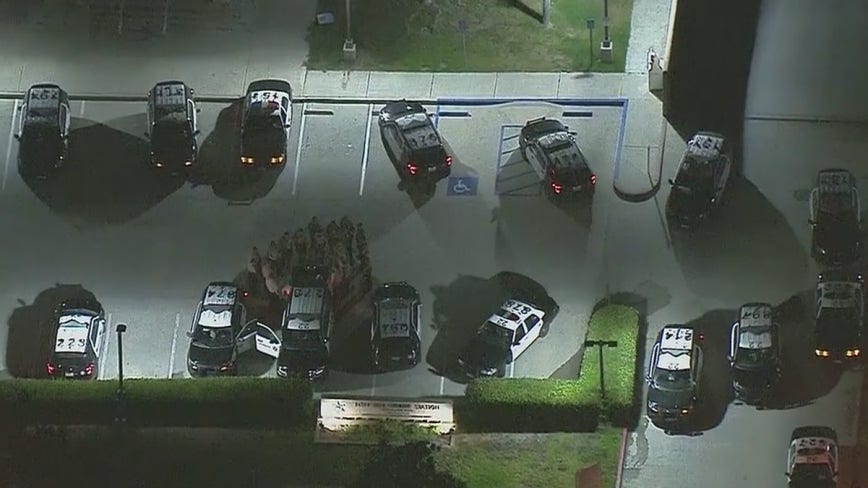