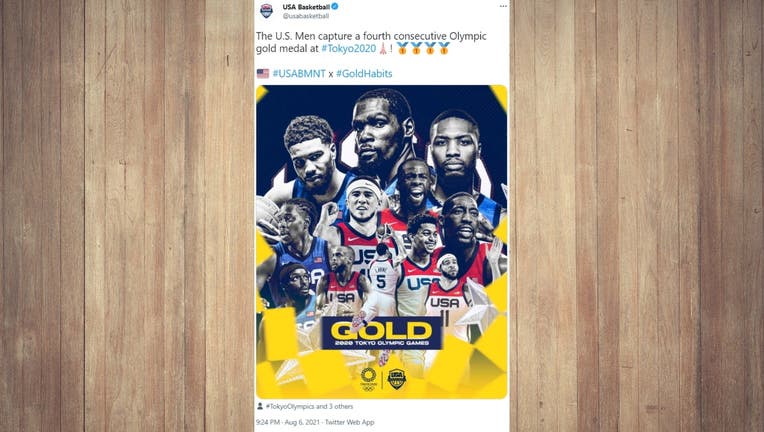 Kevin Durant scored 29 points for the Americans and joined Carmelo Anthony as the only three-time gold medalists in men’s basketball.

Durant already became the leading scorer in U.S. men’s history in this tournament. He scored 30 points in the gold-medal games in 2012 and 2016, and nearly got there again this time.

France defeated the U.S in the teams’ opening game in this tournament, snapping the Americans’ 25-game winning streak in the Olympics.

The French almost beat them again Saturday while attempting to win their first gold in men’s basketball. They had to settle for a third silver, having also finished second to the U.S. in 1948 and 2000.

Slovenia and Australia will play later Saturday for the bronze medal.