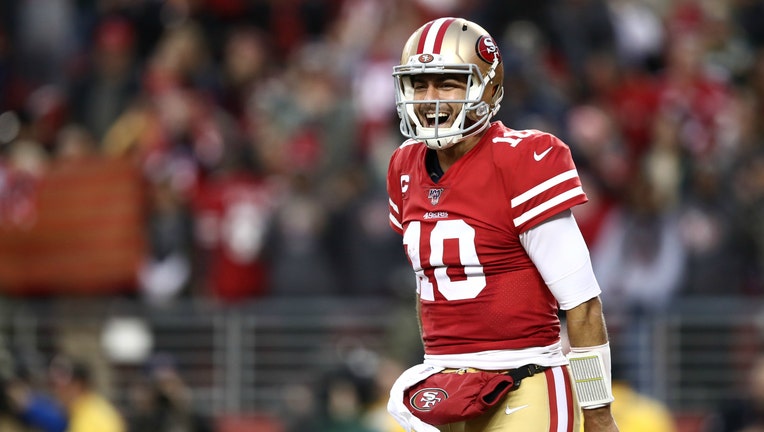 SANTA CLARA, Calif. - San Francisco 49ers rolled past the Green Bay Packers 37-20 to reach franchise's 7th Super Bowl, where they will face the Kansas City Chiefs. Packers quarterback Aaron Rodgers tried to lead a late rally after a disappointing start, but it was not enough to overcome the massive deficit. 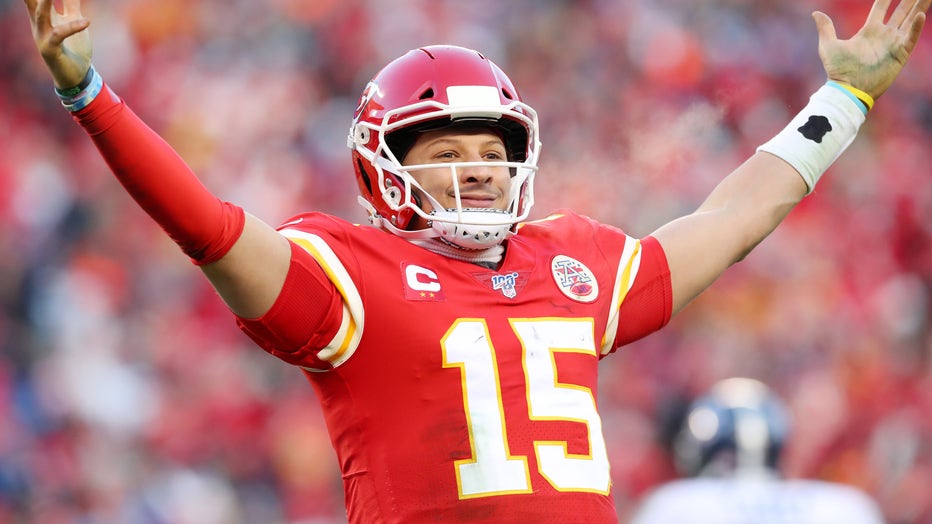 KANSAS CITY, MISSOURI - JANUARY 19: Patrick Mahomes #15 of the Kansas City Chiefs reacts after a fourth quarter touchdown pass against the Tennessee Titans in the AFC Championship Game at Arrowhead Stadium on January 19, 2020 in Kansas City, Missouri

The Super Bowl will match up two quarterbacks who were considered a gamble two years ago.

Chiefs quarterback Patrick Mahomes, whose gaudy college stats (his 5,052 passing yards led the country in 2016) were a byproduct of playing at pass-happy Texas Tech, was generally viewed as no better than the second-best quarterback in a 2017 draft that wasn't considered strong on quarterbacks to begin with.

Chiefs coach Andy Reid disagreed. He gave up a first-round pick in the following year's draft to move up to select Mahomes in 2017. Now, in his third season, Mahomes is a Super Bowl quarterback. He has 11 postseason touchdown passes, not a single interception, and has even led the Chiefs in rushing the last two weeks.

"Everybody liked this guy," Reid said, in 2017, about the reaction from the Kansas City front office and scouting department after they'd spent time with Mahomes in advance of the draft. "Everybody fell in love with the kid and how he went about his business and how he played. That's not something that happens every year."

49ers quarterback Jimmy Garoppolo, a second-round pick by the Patriots in 2014, was considered the quarterback-in-waiting in New England, despite a limited resume as Tom Brady's backup. But with the Patriots not ready to part ways with their franchise cornerstone, and with Garoppolo's contract running out, the quarterback became expendable. San Francisco acquired him in the middle of the 2017 season for a second-round pick.

Garoppolo won his first five starts in San Francisco and, before the season was out, he had a five-year contract extension that, at the time, included the highest average yearly salary in NFL history.

"When you find the right guy at that position, it's really good for your franchise," Niners GM John Lynch said, not long after the trade.

Though Garoppolo's 102 passer rating this season was only 3.3 points less than Mahomes', San Francisco doesn't depend on its franchise QB the way Kansas City does.

Exhibit A: Garoppolo threw only eight passes and totaled only 77 yards in San Francisco's 37-20 win over Green Bay in the NFC title game Sunday. He is helped by a bruising running game recently anchored by Raheem Mostert (220 yards and four TDs on Sunday). And the Niners have found a game-wrecking defensive end in rookie Nick Bosa. The second pick in the 2019 draft had a sack Sunday to go with the nine he recorded over the regular season to fuel a defense that gave up the fewest passing yards this season.

It all helped the 49ers return to the Super Bowl for the first time since Colin Kaepernick took them in 2013. The departure of coach Jim Harbaugh and Kaepernick's kneeling saga ushered in a period of instability. It included a carousel of four head coaches in four years that finally settled when Kyle Shanahan -- the son of two-time Super Bowl winning coach Mike Shanahan -- got the job in 2017 and soon was joined by Garoppolo.

But when it comes to Super Bowl droughts -- outside of the Jets and a handful of teams who have never been, nobody has waited longer to get to the title game than the Chiefs.

The team that lost to Green Bay in the very first Super Bowl, returned three years after that, in 1970, to win its first NFL championship. The Chiefs had their ups and downs in the decades since. The stat that stuck out the most was their 3-8 home playoff record since that victory over the Vikings in 1970 that marked the last game before the NFL and its old rival, the AFL, officially merged and began playing as a single league the next season.

Now, in a season filled with celebrations for the 100th anniversary of the NFL, the Chiefs are back, coached by Reid, whose 14 postseason wins compiled over 20 seasons do not include a `W' in the biggest game of all.

Could the quarterback he took a chance on -- a nimble-footed, strong-armed, next-generation talent -- be the one to finally put him over the top?

Garoppolo, to say nothing of San Francisco's running game and its top-ranked pass defense, will have plenty to say about that two weeks from now.