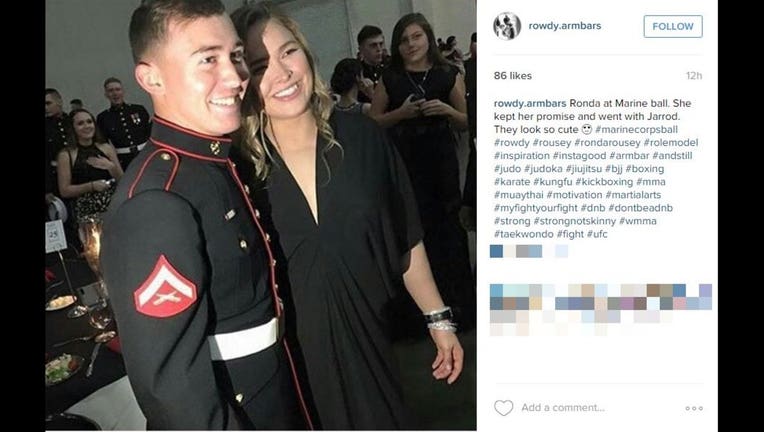 (FOX News) - Ronda Rousey may have been knocked down but she doesn't forget a promise.

The mixed martial artist attended Friday night's Marine Corps Ball with Jarrod Haschert, a Marine who had asked her via a viral video last August.

When Rousey's fight against Holly Holm was moved up to Nov. 14, it allowed her to fulfill her promise. So despite keeping out of the public eye since her surprising defeat against Holm, Rousey traveled to South Carolina to keep up her end of the bargain.

"After the fight, she never hesitated for a second whether or not she was going to attend," a source close to Rousey revealed to ESPN. "She made a promise to a Marine and was going to keep that promise. It was as simple as that. That's Ronda."