LAS VEGAS - The Las Vegas Raiders had one final chance to beat the Kansas City Chiefs on Monday night and bad route running from two of the team’s top wide receivers buried them and frustrations boiled over. 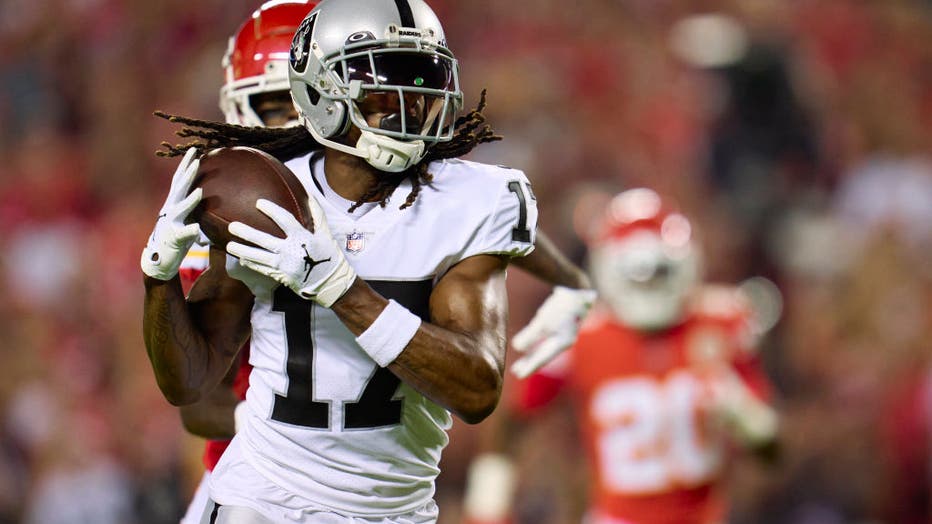 The Raiders were down one point on 4th-and-1. Another yard would’ve given the Raiders a fresh set of downs and a few more chances. Davante Adams and Hunter Renfrow lined up on Carr’s left side.

As Carr snapped the ball, he faced an immediate blitz and tossed the ball down the field. The ball fell to the ground just as Adams and Renfrow fell. Carr was looking for a pass interference call but replays showed that Renfrow ran into Adams causing them to fall.

Adams walked back to the bench and slammed his helmet down. As he walked back through the tunnel, Adams shoved a cameraman out of his way.

According to ESPN, Adams apologized to the worker after the incident.

"That was just frustration mixed with him literally running in front of me," Adams told reporters after the game. "I shouldn't have responded that way."

Kansas City wrapped up the game for the 30-29 win behind Travis Kelce’s four touchdowns.

The Raiders were outscored 20-9 in the second half. Carr was 19-for-30 with 241 passing yards and two touchdown passes. Adams had three catches for 124 yards and two scores. Renfrow had four catches for 25 yards.

Las Vegas dropped to 1-4 with the loss—and this one is going to sting for a while.