After the pandemic shut things down in 2020 and severely restricted the number of spectators last year, we finally have a March featuring NCAA Tournament games with no crowd restrictions at sites across the country.

The notable upsets and buzzer-beating shots that highlighted conference tournaments last week offered just an appetizer of what to expect. Now that the 68-team field been announced, here’s a rundown of things to know before filling out your bracket. 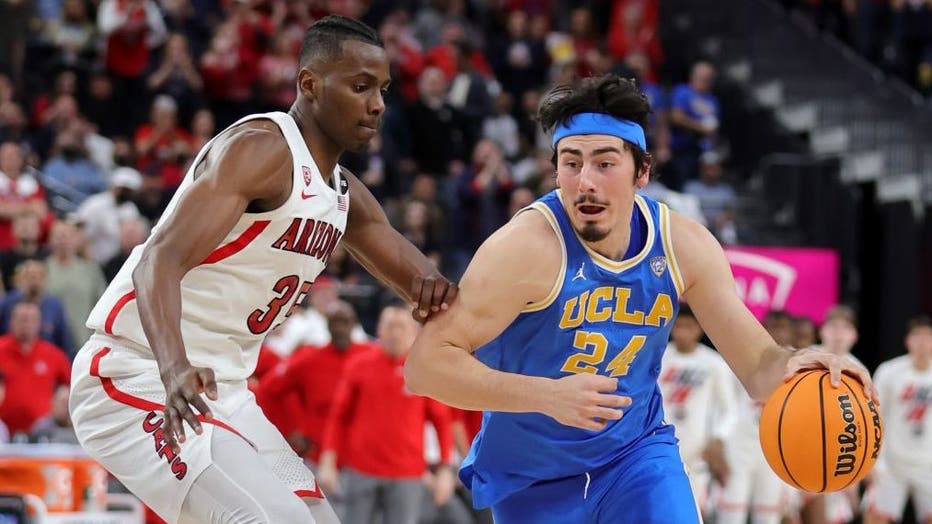 Gonzaga (26-3) is the No. 1 overall seed and will face Sun Belt champion Georgia State (18-10) on Thursday in Portland, Oregon.

This marks the third straight tournament in which Gonzaga has been a No. 1 seed. Gonzaga lost to Texas Tech in a regional final as a No. 1 seed in 2019 and fell to Baylor in last season’s national championship game.

Gonzaga was ranked second when the 2020 season was halted and very well could have earned a No. 1 seed that year as well if the tournament had gone on as planned.

This marks the first time the Big 12 has two No. 1 seeds since Oklahoma and Texas were both seeded first in 2003. Texas made its last Final Four appearance that year and Oklahoma reached a regional final before both teams lost to eventual national champion Syracuse.

This marks the second straight year that a team has earned a No. 1 seed after going multiple years without a bid.

The Wildcats went 17-15 and didn’t earn a bid in 2019. After the pandemic forced the cancellation of the 2020 tournament, Arizona was ineligible last year because it self-imposed a postseason ban during an NCAA investigation.

Indiana faces Wyoming on Tuesday and Notre Dame meets Rutgers on Wednesday in Dayton, Ohio. Those were the last four teams to earn at-large bids.

The other matchups in Dayton have Texas A&M-Corpus Christi facing Texas Southern on Tuesday and Division I scoring leader Peter Kiss leading Bryant against Wright State on Wednesday.

They will try to follow the lead of UCLA, which went from the First Four to the Final Four last season.

Dayton nearly ended up in Dayton. The Flyers were one of the last four teams left out of the 68-team bracket along with Oklahoma, SMU and Texas A&M.

Duke coach Mike Krzyzewski, who announced last year this would be his final season, will attempt to walk away with a sixth national title and 13th Final Four appearance. He enters this NCAA Tournament two wins away from reaching 1,200 career victories.

Duke is a No. 2 seed in the West Region and faces Cal State Fullerton on Friday in Greenville, South Carolina. Krzyzewski’s Blue Devils could end up facing Tom Izzo and Michigan State in an intriguing second-round matchup.

The Big Ten leads all conferences with nine bids, but none of its teams got seeded first or second in a region. That could make it difficult for the Big Ten to win its first title since Michigan State’s 2000 championship.

The highest-seeded Big Ten teams are Purdue and Wisconsin, which are seeded third in their respective regions.

The Big Ten is attempting to bounce back from a disappointing 2021 tournament performance. The Big Ten also earned nine bids last year but didn’t send anyone to the Final Four and went 8-9.

Jacksonville State is the rare team from a one-bid league to earn an NCAA invitation without winning its conference tournament. Bellarmine won the Atlantic Sun Tournament but was ineligible for the NCAA Tournament because it’s only in the second year of a four-year transition from Division II to Division I.

The Atlantic Sun’s automatic bid instead went to Jacksonville State because it won the league’s regular-season title. The Gamecocks, who lost in the conference semifinals are making their first NCAA appearance since 2017.

Summit League champion South Dakota State owns the longest active winning streak of any Division I team with 21 consecutive victories. Murray State of the Ohio Valley Conference has won 20 straight. Colgate has won 15 in a row.

PLAYING THEIR WAY IN

Virginia Tech wasn’t included in most brackets heading into the ACC Tournament and needed Darius Maddox’s buzzer-beating 3-pointer in overtime to win its opening-round game with Clemson. But the seventh-seeded Hokies turned it on from there and beat Notre Dame, North Carolina and Duke to win the ACC’s automatic bid.

Richmond played its way into the field by upsetting Davidson in Sunday’s Atlantic 10 tourney final.

Texas A&M (23-12) nearly played its way in by reaching the SEC Tournament final as a No. 9 seed but lost its chance at an automatic bid when it fell to Tennessee in the championship game.