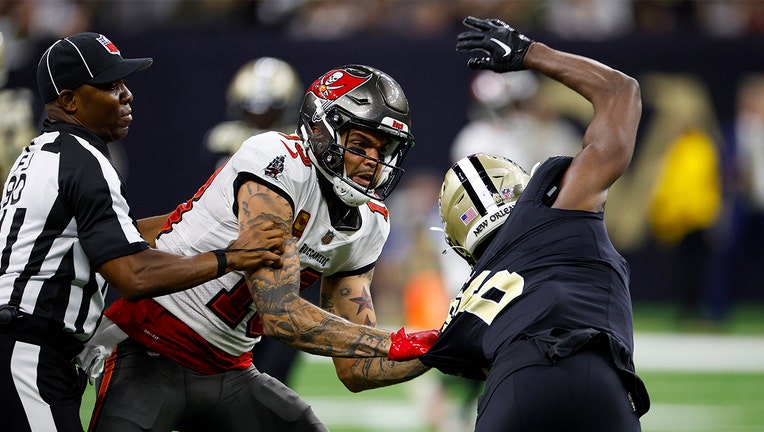 NEW ORLEANS, LOUISIANA - SEPTEMBER 18: Marcus Maye #6 of the New Orleans Saints argues with Mike Evans #13 of the Tampa Bay Buccaneers on the field during the second half of the game at Caesars Superdome on September 18, 2022 in New Orleans, Louisian

It occurred early in the fourth quarter. The game was tied when Tom Brady and Lattimore exchanged words then a melee broke out. Running back Leonard Fournette shoved Lattimore, and that's when Evans shoved him again, this time falling to the turf.

Saints safety Marcus Maye then tried to grab Evans, only to have Evans slam him to the turf while both were engulfed by a swarm of players from both teams.

Both Evans and Lattimore were ejected from the game.

Officials conferred and elected to asses offsetting personal fouls on just Evans and Lattimore, and ejected both. 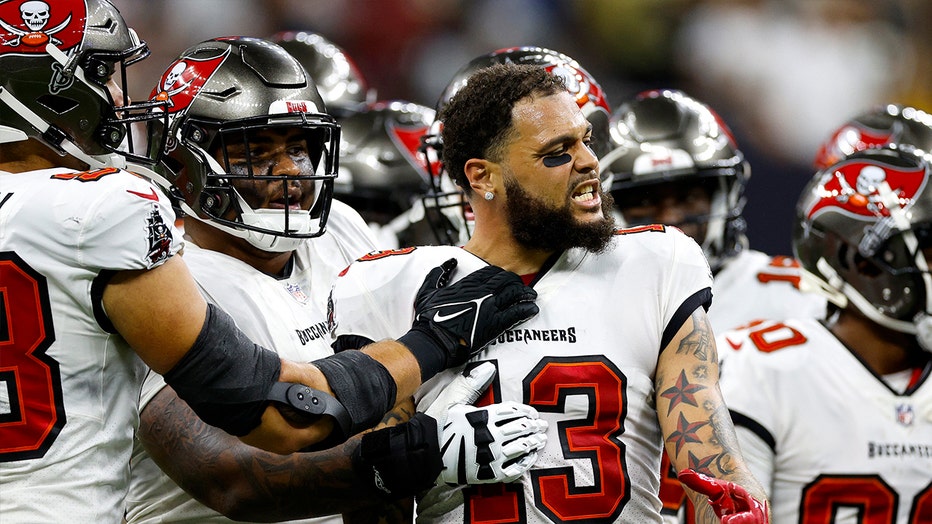 NEW ORLEANS, LOUISIANA - SEPTEMBER 18: Marcus Maye #6 of the New Orleans Saints argues with Mike Evans #13 of the Tampa Bay Buccaneers on the field during the second half of the game at Caesars Superdome on September 18, 2022 in New Orleans, Louisian

The NFL punishment came down Monday afternoon. In a news release, Jon Runyan, the vice president of football operations, cited the specific violation, which prohibits, "unnecessarily running, diving into, cutting, or throwing the body against or on a player who is out of the play or should not have reasonably anticipated such contact by an opponent, before or after the ball is dead."

Runyan also sent a letter to Evans, which read:

After a play had ended, you were walking toward your sidelines. When you noticed your teammates engaged in a confrontation with Saints' players, you ran toward that area on the field and violently threw your body into and struck an unsuspecting opponent who was part of that confrontation. You knocked your opponent to the ground and a melee ensued involving players from both teams.

Your aggressive conduct could have caused serious injury to your opponent and clearly does not reflect the high standards of sportsmanship expected of a professional."

For the second time in his NFL career, Evans was ejected from a game in New Orleans for running into Lattimore during dead-ball scuffling involving other players. Evans is eligible to return to the Buccaneers' active roster on Monday, Sept. 26 following the team's game against the Green Bay Packers.