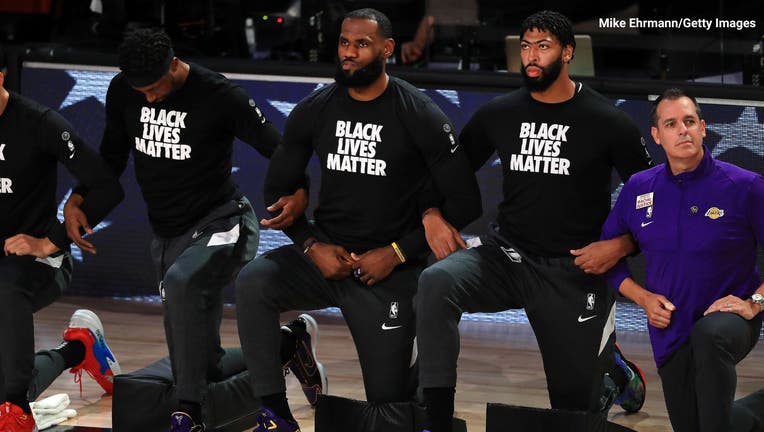 LeBron James was a devout Dallas Cowboys fan, but he ended his allegiance when they had a difference in opinion.

In 2017, Cowboys owner Jerry Jones gave his players an ultimatum: Stand up or don't play.

James, along with many other NBA players, knelt during the national anthem in 2020 during a time of heightened anger toward systematic oppression and racial injustice.

Clearly, James and Jones feel differently on the issue, and James voiced his displeasure against Jones and the Cowboys Thursday night in an Instagram Live video.

"There was just a lot of things that was going on during when guys were kneeling, and guys were having freedom of speech," James said. "They wanted to do it in a very peaceful manner. A lot of people in their front office and a lot of people that ran the organization was like, ‘If you do that around here, then you will never play for this franchise again.' And I just didn’t think that was appropriate."

The Cowboys knelt before the anthem in 2017 in a show of solidarity, but Jones made it clear he did not want any of his players on a knee during the anthem.

"I know this, we cannot ... in the NFL in any way give the implication that we tolerate disrespecting the flag," Jones said at the time. "We know that there is a serious debate in this country about those issues, but there is no question in my mind that the National Football League and the Dallas Cowboys are going to stand up for the flag. So we're clear.

James added that he still roots for CeeDee Lamb, Ezekiel Elliott and Micah Parson, but as an Akron, Ohio, native, he is "all in on the (Cleveland) Browns."