LOS ANGELES - Phoenix Suns team owner Robert Sarver was suspended one season and fined $10 million after the NBA determined he ran a toxic environment of racism and misogyny.

The four-time NBA champion took to Twitter Wednesday night to criticize the punishment.

"Read through the Sarver stories a few times now. I gotta be honest…Our league definitely got this wrong," the four-time MVP tweeted. "I don’t need to explain why. Y’all read the stories and decide for yourself. I said it before and I’m gonna say it again, there is no place in this league for that kind of behavior."

"I love this league and I deeply respect our leadership. But this isn’t right. There is no place for misogyny, sexism, and racism in any work place. Don’t matter if you own the team or play for the team. We hold our league up as an example of our values and this aint it." 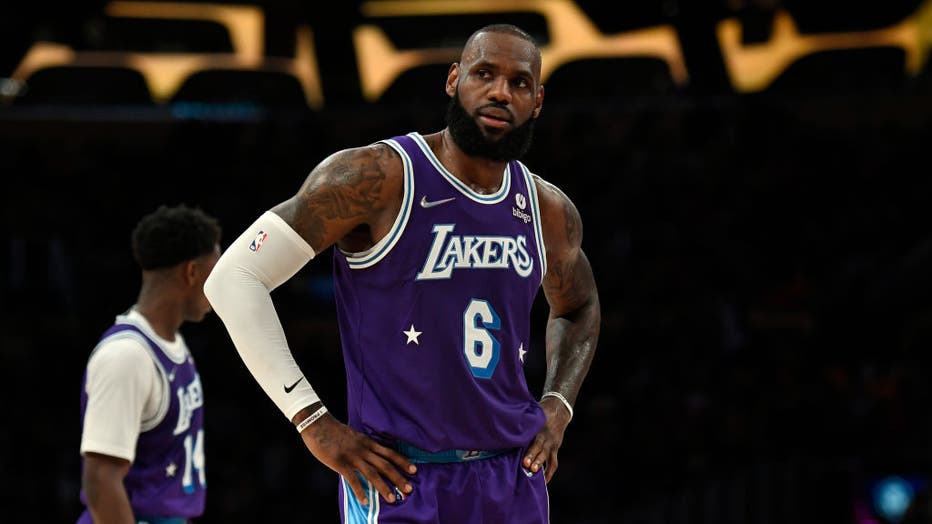 The NBA said in a statement that Sarver "engaged in conduct that clearly violated common workplace standards, as reflected in team and league rules and policies. This conduct included the use of racially insensitive language, unequal treatment of female employees, sex-related statements and conduct and harsh treatment of employees that on occasion constituted bullying."

Over 80,000 documents were reviewed, and Sarver, who also owns the WNBA's Phoenix Mercury, and other team officials fully cooperated with the investigation.

"The statements and conduct described in the findings of the independent investigation are troubling and disappointing," NBA Commissioner Adam Silver said in a statement. "We believe the outcome is the right one, taking into account all the facts, circumstances and context brought to light by the comprehensive investigation of this 18-year period and our commitment to upholding proper standards in NBA workplaces."

"Good leadership requires accountability," Sarver said in his own statement. "For the Suns and Mercury organizations, that begins with me.  While I disagree with some of the particulars of the NBA’s report, I would like to apologize for my words and actions that offended our employees. I take full responsibility for what I have done. I am sorry for causing this pain, and these errors in judgment are not consistent with my personal philosophy or my values."