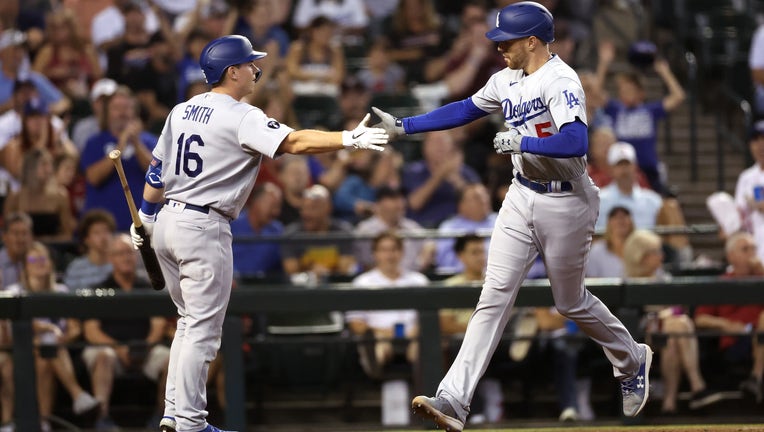 The Dodgers beat the Arizona Diamondbacks 4-0 to recapture the division crown after losing the NL West title to the San Francisco Giants in 2021.

Tuesday's historic win comes a day after the Dodgers celebrated the team's playoff berth… twice. Over the weekend, the Dodgers thought they punched a ticket to the postseason before MLB and the team later realized the math was wrong and the Boys in Blue needed to win one more to make the playoff berth official.

The wait didn't last long after the Dodgers beat the Diamondbacks 6-0 Monday to make the postseason berth official.

As for the rest of the regular season, Los Angeles (98-43) is looking to hold off the NL East contenders – New York Mets (89-54) and Atlanta Braves (87-54) – and NL Central favorite St. Louis Cardinals (83-59) to ensure home-field advantage for the rest of the postseason.

With a loaded lineup and a deep starting pitching staff, the Dodgers are looking to capture their second World Series title in three seasons. The Boys in Blue ended a 32-year title drought after beating the Tampa Bay Rays in the 2020 Fall Classic.