The Clippers are one of the favorites in the West ahead of the 2022-23 season. Players and coaches addressed answered questions this Media Day.

LOS ANGELES - After acquiring NBA superstars Kawhi Leonard and Paul George in the 2019 offseason, the Los Angeles Clippers have the league’s attention but have yet to earn the league’s respect.

It’s a franchise with zero rings and zero NBA Finals appearances– and not even the Lob City Clips couldn’t take the franchise to the Promise Land. It’s been years of could-have-been and should-have-been scenarios plagued by what some call the "Clippers Curse."

History and disappointments set aside, the Clippers going into the 2022-23 season are dangerous – especially if healthy with the deepest roster in the NBA. It’s a Big Three of Leonard, George, and John Wall and a whole squad ready to avenge falling short the last three seasons. 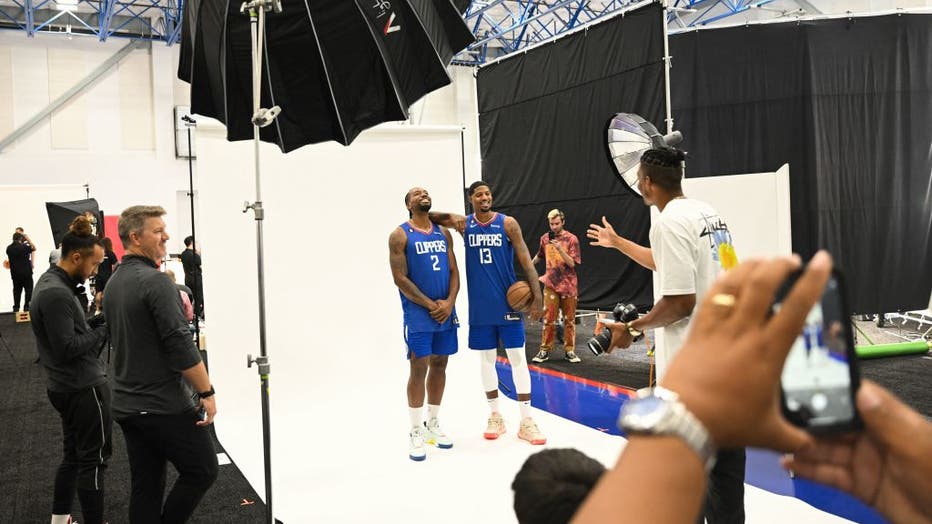 In addition to a Big Three, the team has lethal role players head coach Ty Lue will masterfully rotate throughout the season.

Let’s not forget about Southern California native and UCLA alum Norman Powell who won an NBA Championship with Leonard. The Clippers also have Luke Kennard who led the league in three-pointers last season, as well fan-favorite and battle-tested Reggie Jackson who seamlessly took on a leadership role last season. 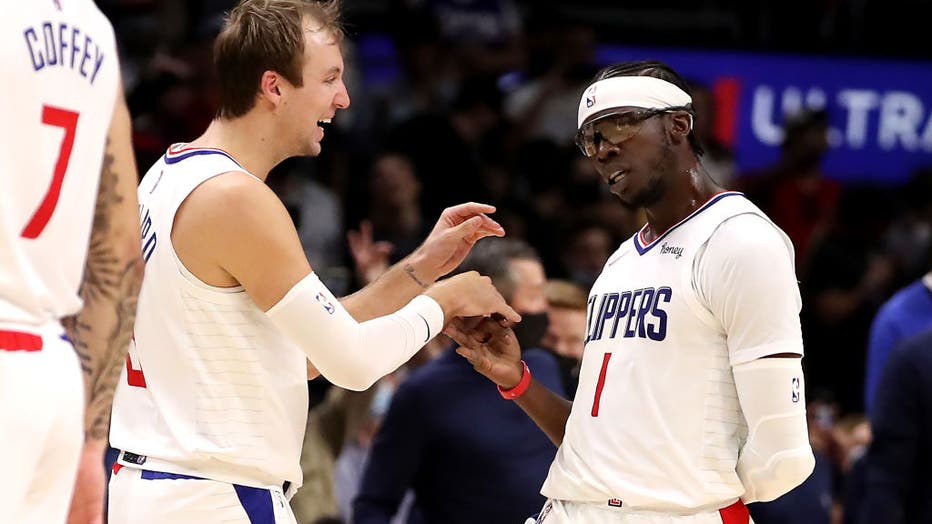 This team is so good on paper, analysts expect them to represent the Western Conference in the NBA Finals, and some are even willing to say the Clippers will be the ones holding up the Larry O’Brien Championship Trophy by season’s end.

Clippers President Lawrence Frank made it clear that re-signing some of the team’s free agents was a priority – and the front office made that happen. Nico Batum, Robert Covington, Amir Coffey and Ivica Zubac are all coming back.

In early July, NBA Twitter was set ablaze when John Wall signed a two-year deal with the Clippers. Wall sat out the entire 2021-22 season and was heavily criticized for doing so.  Now, he is being praised after opening up about the mental health struggles he endured and described the last three years as "the darkest place I have ever been" after losing his mother and grandmother.

RELATED: Clippers' John Wall says he considered suicide during struggles: 'Darkest place I've ever been in'

At a Clippers' event last week, George said having Wall adds a fast-paced transition game which opens up a lot of opportunities for the Clippers' shooters.

By acquiring Wall, the Clippers were unable to offer a contract to back up center Isaiah Hartenstein who showed tremendous promise. He later signed a two-year, $16.7 million contract with the New York Knicks.

After losing Hartenstein and in need of a backup center, rookie Moussa Diabate was the Clippers’ sole pick from NBA Draft Night. The Clips also picked up former UCLA Big Man Moses Brown who last played for Cleveland.

Here are some other factors going into next season:

It’s safe to assume the Clippers have no interest in returning to the play-in tournament and will be looking to secure as many wins as possible for better seeding in the playoffs.

"We want to be in a position that when unfortunately, guys do have injuries, we still compete at the highest level... Because we have a bunch of guys in their mid-prime, there's an urgency to how we approach every day, but also at the same time, we want our guys to be able to be at their best when their best is needed, which is April, May, and June," Frank said, as reported by All Clippers.

Marcus Morris Sr. indicated on Clippers Media Day that he, along with Robert Covington, are prepared to slide into the 5 position when needed.

Paul George said with so much talent, they are taking a Team USA approach and are wanting the guys to make their minutes on the floor count.

What is Kawhi Leonard’s status?

Clipper Nation is well aware that the two-time NBA Finals MVP makes a significant impact on the court. Kawhi Leonard missed the entire 2021-22 season to rehab a torn ACL he suffered in the semifinals against Utah.

Leonard was recently cleared for 5-on-5 drills and is on the training camp roster.

"We’re going to be cautious," Frank said as reported by NBA.com. "It’s going to be a step-by-step approach."

On Media Day Monday, Ty Lue said every single person on the roster will be ready for training camp and that they'll continue to be smart about Kawhi's return.

It's been a 14-month hiatus for Leonard and Reggie Jackson said he's becoming a more vocal leader, adding that Kawhi is the hardest worker on the team.

"For me individually I’ll be participating in training camp. And from there just seeing how my progression is, how I feel…just gradually building up but right now, I feel good and the plan is to start camp tomorrow and play," Leonard said.

When asked what the one word to describe his mindset going into the season was, Paul George said "focused."

Paul George said he's stayed focused during the offseason and admitted that the window is shrinking for him to win an NBA championship.

"We’re a little bit older in our careers and our ultimate goal is to win," John Wall added.

The Clippers begin their regular season Oct. 20 in an away game against the Lakers at the Crypto.com Arena in downtown Los Angeles.