INGLEWOOD, Calif. - Clipper Nation was given another reason to look forward to the opening of the Intuit Dome, which is scheduled to become home of the Los Angeles Clippers by the 2024-25 NBA season.

Daktronics, a company based in South Dakota revealed Wednesday an order was placed for the arena’s double-sided halo display. The company says the scoreboard nears a full acre, adding to the anticipated intense atmosphere as described by Clippers' owner Steve Ballmer at the arena’s groundbreaking ceremony last September.

"An arena should be an experience," Clippers owner Steve Ballmer said during the Intuit Dome groundbreaking ceremony. He also shared that while the Clippers played inside the NBA Bubble during the 2020 playoffs, he spoke with Paul George about the value of fans and how that was considered in designing the new stadium. 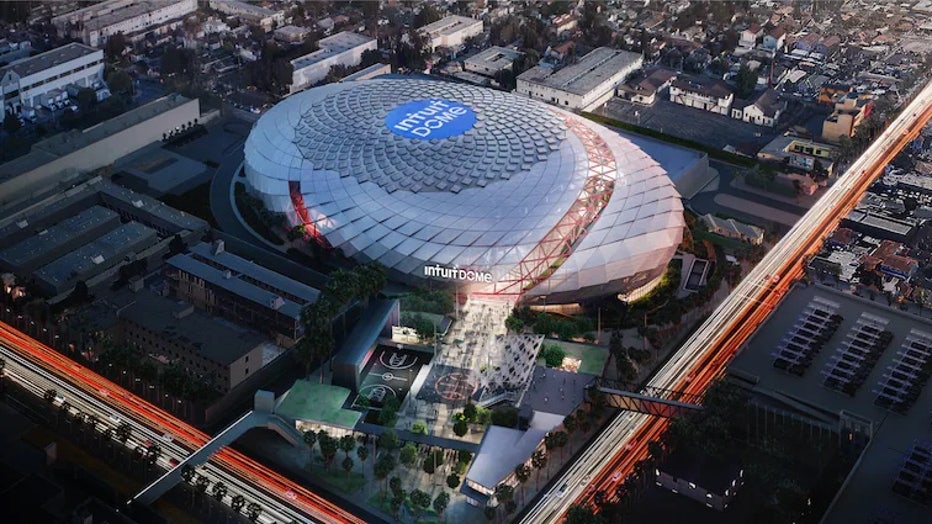 The Intuit Dome will be located in Inglewood, near SoFi Stadium, home of the LA Rams and LA Chargers.

The arena's name is part of the Clippers’ 23-year partnership with Intuit, a financial software giant which makes TurboTax, Credit Karma and Mint. Overall, officials said the partnership aims to deliver economic benefits to the local community.

For Clipper Nation, having an arena of its own helps the franchise with its own identity.

"The Clippers having their own arena is going to finish the rebrand, but they’re going to have their own identity finally. We always hear from the Laker fans saying ‘this is our house’ and they’re always whining around their banners being covered at the games that they supposedly don’t watch. Having our own home, a place to go to is going to put the icing on the cake. It's the cherry on top of this whole Steve Ballmer changing the culture of the team," said Anaheim resident Hassan Cook in a September interview.

Following years of planning and a high-dollar legal battle, the Los Angeles Clippers broke ground today on the team's long anticipated Inglewood arena, which will be called the Intuit Dome under a 23-year naming-rights deal with the tech giant.

When it comes to the new stadium, "I think it’s going to be a big wave of just a positive path for the franchise in general," added Orange County resident Jon Lee.

The nearly $2 billion, privately-funded project will have the capacity to fit 18,000 fans.