Will Tiger Woods announce his return to The Masters?

Tiger Woods is expected to make an announcement regarding his possible return to The Masters.

Tiger Woods is hemming and hawing about playing The Masters this week but for him to even be thinking about it is remarkable.

Woods suffered devastating leg injuries in a car crash in Los Angeles in February 2021. The only small dose of competition he’s had on the course this year was when he participated in the PNC Championship with his son Charlie. Woods was spotted landing at Augusta, Georgia, last week, sparking speculation of his possible return to competitive play. He even tweeted it would be a "game-time decision."

"I will be heading up to Augusta today to continue my preparation and practice. It will be a game-time decision on whether I compete," he wrote in a tweet on Sunday. 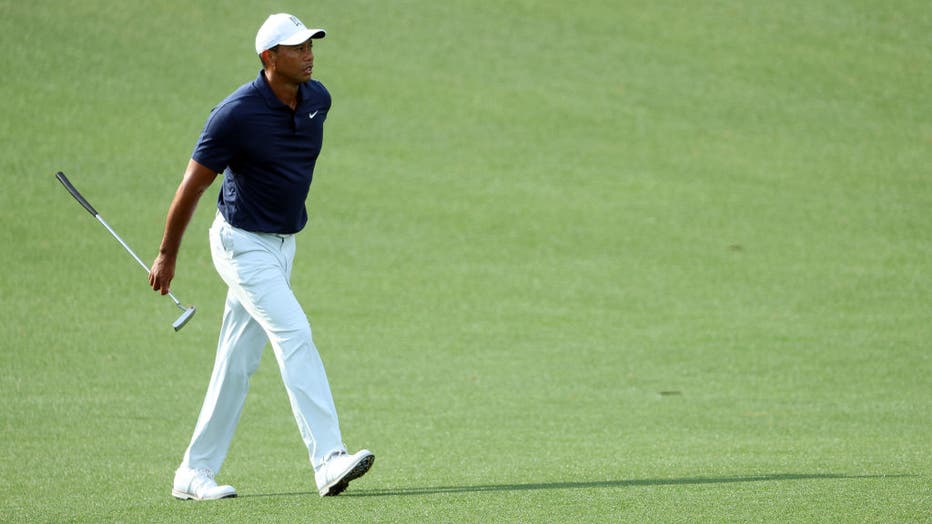 AUGUSTA, GEORGIA - APRIL 04: Tiger Woods of the United States walks during a practice round prior to the Masters at Augusta National Golf Club on April 04, 2022 in Augusta, Georgia. (Photo by Andrew Redington/Getty Images)

He was on the course on Sunday afternoon, driving the ball and giving the difficult course a shot.

Golfer Billy Horschel gave a good report on how Woods looked on the course.

"He looked good to me," former FedExCup champion Billy Horschel, who watched Woods hit balls Sunday afternoon, said via PGATour.com. "He looked like the Tiger we saw before the accident … the way the swing looked and the speed."

Horschel said he and the fellow competitors are just "giddy" over the fact that Woods is at Augusta in the days leading up to the tournament.

Woods has been open about his recovery from the car crash.

He attended the Genesis Invitational in February but did not play. He said at the time walking the course without a golf cart was the biggest problem he faced.

"I want to be at a certain place, but I’m not. I’ve just got to continue working. I’m getting better, yes. But as I said, not at the speed and rate that I would like."

He added he was OK doing "weekend warrior golf."

"That's easy. But to be able to be out here, call it six rounds of golf: practice round, Pro-Am, four competitive days. It's the cumulative effect of all that. I'm not able to do that yet," he said.

"I can walk on a treadmill all day. That's easy. It's just straight. There's no bumps in the road. But walking on a golf course where there's undulations, I have a long way to go. … Each and every day is a fight, and I welcome that fight."

The first round of the 86th Masters begins April 7 and runs through April 10. Hideki Matsuyama is the defending champion.