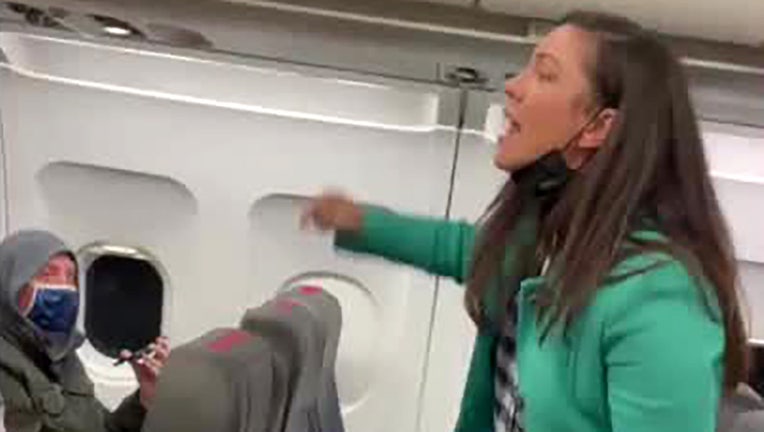 In January 2021, passengers aboard an American Airlines flight from Charlotte, North Carolina to Washington applauded when police removed a woman who was filmed getting angry when asked to wear a mask onboard. (Emir Sfaxi via Storyful).

LOS ANGELES - In America, conflict drives almost everything. And unless you are throwing drinks, cussing somebody out, punching somebody in the face, or for the purposes of this article, fighting on an airplane, social media and popular American culture could care less about your existence.

Instead of rewarding people and making them famous for bad behavior, how about we get back to the practice of punishing them for it? Reasonable people might disagree. But rational people would have to admit that the more we celebrate disgraceful conduct, the more people will do it.

There should be no reward for deplorable behavior, only consequences. And holding people accountable for how they disgrace themselves publicly should be an ongoing project that extends well beyond the pandemic. So now that the mask mandates are gone on airplanes, it's good to hear that the Federal Aviation Administration will maintain a zero-tolerance policy for unruly passengers going forward. Because enough is enough. 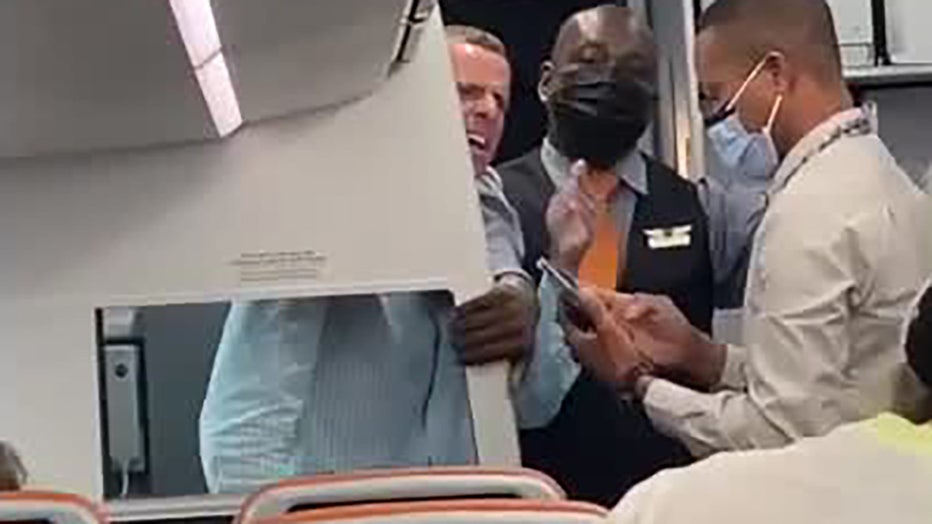 A couple was asked to exit a San Diego-bound flight at Fort Lauderdale-Hollywood International Airport, Florida, on September 8, 2021 following a dispute over mandatory face masks. (Alice Runkevich via Storyful).

People fighting on airplanes has become one of the most regrettable outcomes of the pandemic, and whereas some consider the phenomenon to be indicative of the nation’s mental health, I happen to believe that it might also be result of the nation’s pathological preoccupation with decadent and unaccountable behavior.

Let’s just be honest. Everything from our media to our politics happens to currently be slanted toward rewarding people for acting out. In fact, the more deplorable you behave, the more attention you get. It is no wonder then that so many people feel emboldened — if not encouraged — to act on some of the worst impulses of human nature. And for reasons that are too many to name here, what was once thought to be bombastic and ridiculous, even in private, has mournfully become public conduct.

What kind of country have we become when the only way to garner any notable consideration is to be about the weary business of engaging in meaningless disagreement? 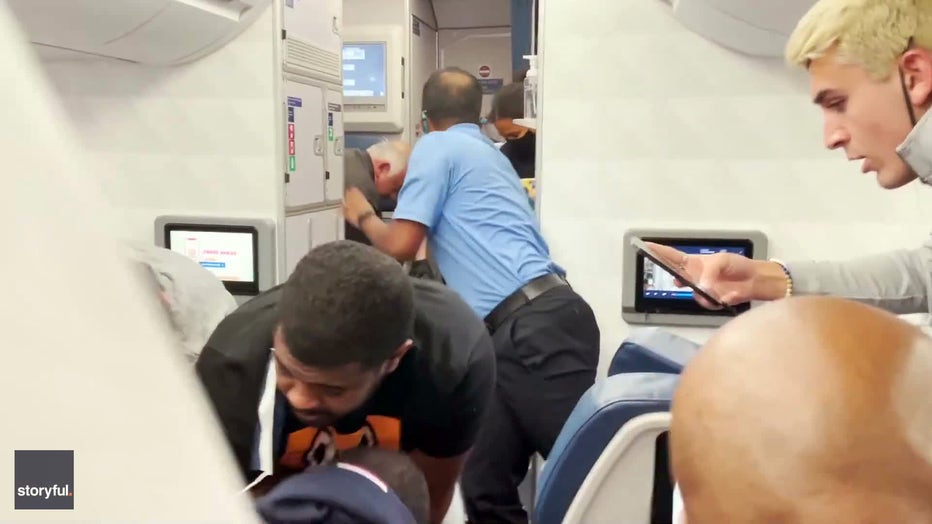 A man aboard a Delta Airlines flight from Los Angeles to Atlanta takes video of an unruly passenger in June 2021 (Steve Denton via Storyful).

It would appear that public virtue is nothing more than an insecure hypothetical written in the disappearing pages of a hymn we no longer sing. This country takes deep delight in seeing people debase and disgrace themselves. Somehow we have forgotten that while other people’s issues might well be the occasion for our public reactions, they are not, however, the cause. Disagreement never turns us into somebody else. It just reveals more of who we already are. And therein lies the problem.

Gone are the days when the aim of our public life was rooted in notions of collaboration and compassion, to say nothing of any understanding of the common good. The power of one’s personal witness. The nobility of everyday people. Self-esteem. Self-worth. The pride that comes from knowing that you simply cannot be manipulated by the moment.

Becoming someone less than who we actually are is not result of what other people have done to us, but is rather a result of what we have failed to do for ourselves. 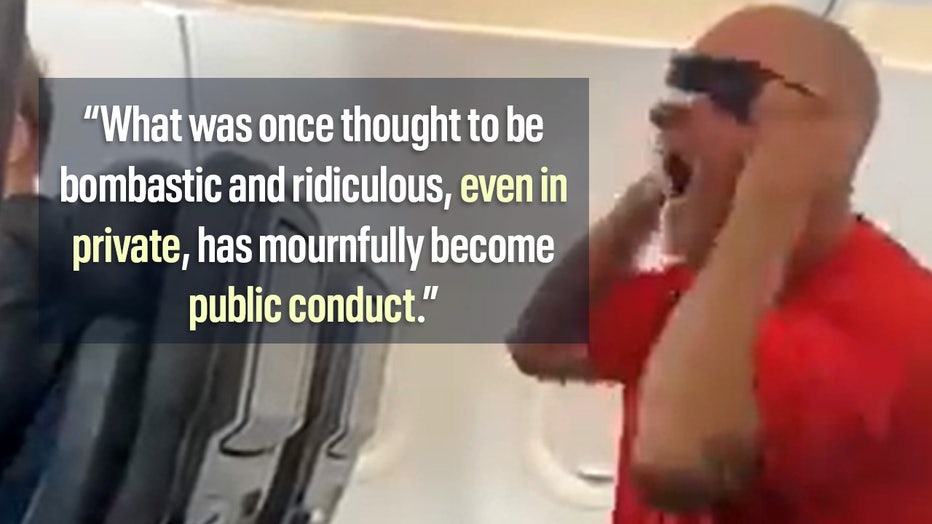 So let the word go forth from this time and place: Self-respect is the necessary condition for self-control. Perhaps then we will get back to the practice of embracing personal dignity as something we should strive to manifest as human beings. Not because it is respectable, but simply because it is a debt that we owe to ourselves. Never allowing ourselves to be manipulated by the moment is what we should strive for in conflict, not victory. Because once you offend yourself, the disappointment always cuts deeper than the attack.

The next time you see someone acting beneath the level of their dignity or the next time you see someone fighting on an airplane, try to resist the urge to pull out your phone in an attempt to capture every moment. How about we stop giving indecent people the kind of attention they do not deserve? People will perform if you give them a stage. But when you deny them the spotlight, and instead give that recognition to people who are actually doing things to make this country a better place, you'd be surprised at how people will instinctively change the basis of their motivation. And perhaps even their behavior. Because if we can't get people to stop acting like savages, we can at least make being publicly foolish a lot less enjoyable and rewarding.

Sean McMillan is the host of Fox Soul’s ‘The Book of Sean,’ which airs every weeknight at 4pm PT / 7pm ET. He has served as the executive director and faculty member of the Center for African-American Theological Studies. He also served as associate dean of the Doctor of Ministry Program at McCormick Theological Seminary and has both taught and lectured at Wagner College, Clark Atlanta University, Georgetown University, the University of Chicago, and Columbia University.