YOSEMITE NATIONAL PARK, Calif. - A wildfire that threatened a grove of California’s giant sequoias in Yosemite National Park was burning eastward into the Sierra National Forest on Wednesday.

The Washburn Fire is one of dozens of blazes chewing through drought-parched terrain in the Western U.S. It has increased in size to more than 5.8 square miles (15 square kilometers), pushing containment from 22% down to 17%.

"As the fire grew our containment went down," said Nancy Philippe, a fire information spokesperson.

Firefighting preparations had already been underway in the national forest.

"We’ve brought in Sierra National Forest folks from the get-go, kind of anticipating that this may happen," Philippe said.

Containment lines within the park, including along the edge of the grove, were holding, firefighting operations official Matt Ahearn said in a video briefing.

The fire had been entirely within the national park since breaking out July 7, when visitors to the Mariposa Grove of ancient sequoias reported smoke.

Authorities have not said how the fire started and whether it involved a crime or some type of accident.

Park Superintendent Cicely Muldoon told a community meeting this week that it was considered a "human-start fire" because there was no lightning that day.

Philippe said a park ranger who is a trained investigator was on the scene almost immediately when the fire was reported, and a law enforcement team continues to investigate.

Philippe said she believed they had found the point of ignition, but declined to release further information, citing the active investigation. 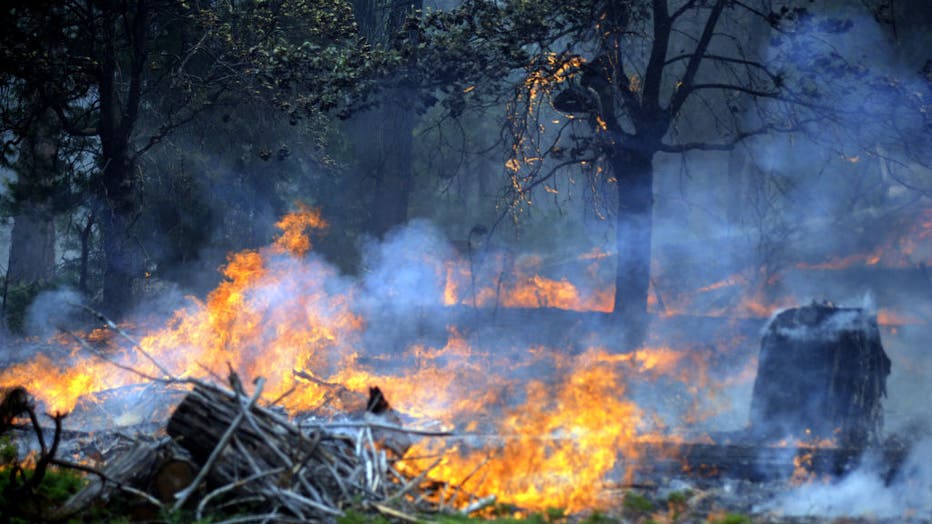 The fire in the southern portion of Yosemite forced evacuation of hundreds of visitors and residents from the small community of Wawona, but the rest of the park has remained open to summer crowds.

One firefighter suffered a heat injury and recovered, but no structures have been damaged.

Flames mostly skirted the Mariposa Grove, though it did leave its mark on some of the trees.

The Galen Clark tree, named for the park’s first custodian, and three trees that greet visitors when they arrive at the popular destination, were partly charred but none were expected to die because their canopy didn’t burn, said Garrett Dickman, a park forest ecologist who toured the site.

Dickman credited periodic intentional burns in the undergrowth beneath the towering trees with helping the grove survive its first wildfire in more than a century.

Small, targeted fires lit over the past 50 years essentially stopped the fire in its tracks when it hit the Mariposa Grove and allowed firefighters to stand their ground and set up sprinklers to further protect the world’s largest trees, Dickman said.

"We’ve been preparing for the Washburn Fire for decades," said Dickman, who works for the park. "It really just died as soon as it hit the grove."

The sequoias are adapted to fire — and rely on it to survive. But more than a century of aggressive fire suppression has left forests choked with dense vegetation and downed timber that has provided fuel for massive wildfires that have grown more intense during an ongoing drought and exacerbated by climate change.

So-called prescribed burns — most recently conducted in the grove in 2018 — mimic low intensity fires that help sequoias by clearing out downed branches, flammable needles and smaller trees that could compete with them for light and water. The heat from fires also helps cones open up to spread their seeds. 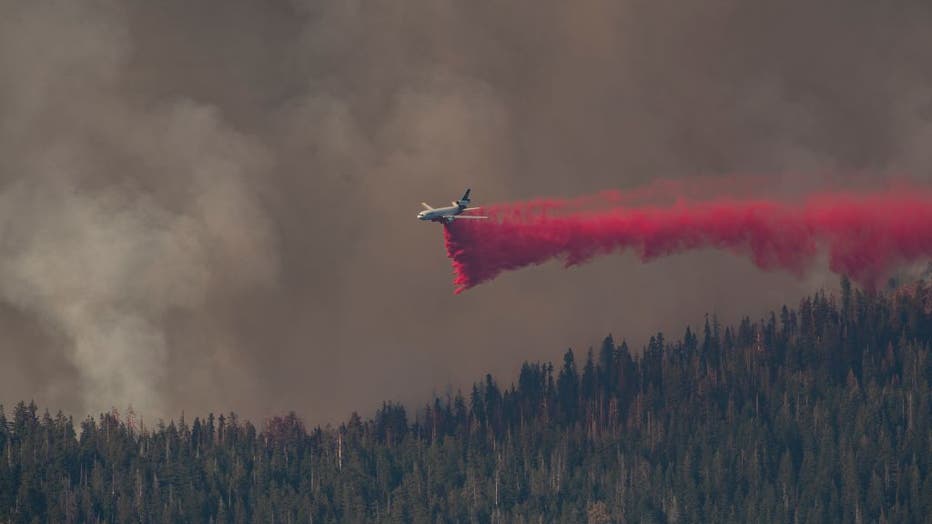 While intentional burns have been conducted in sequoias since the 1960s, they are increasingly being seen as a necessity to the save the massive trees. Once thought to be almost fireproof, up to 20% of all giant sequoias — native only in the Sierra Nevada range — have been killed in the past two years during intense wildfires.

Fighting fire with fire, which is used in limited applications to reduce threats to property or landmarks, is a risky endeavor and has occasionally gotten out of control.

In New Mexico, firefighters were working Tuesday to restore mountainsides turned to ash by the largest wildfire in the state’s recorded history that broke out in early April when prescribed burns by the U.S. Forest Service escaped containment following missteps and miscalculations.

The Santa Fe County Commission in an afternoon meeting blasted federal officials and unanimously passed a resolution calling on the Forest Service to conduct a more comprehensive environmental review as it looks to reduce the threat of wildfire in the mountains that border the capital city.

So far in 2022, over 35,000 wildfires have burned nearly 4.7 million acres (1.9 million hectares) in the U.S., according to the National Interagency Fire Center, well above average for both wildfires and acres burned.