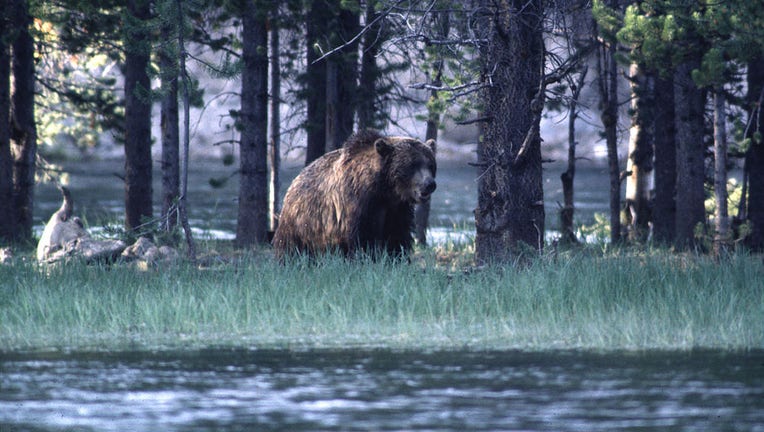 Two Wyoming college wrestlers were severely injured during a bear attack Saturday while hunting with teammates in an encounter that left them "blood-soaked," their wrestling coach told Fox News.

Kendell Cummings of Evanston and Brady Lowry of Cedar City, Utah – both sophomores at Northwest College in Powell – were hunting antlers at the Shoshone National Forest with teammates August Harrison and Orrin Jackson when they encountered a grizzly bear.

The group split up with Cummings and Lowry hiking to higher ground, Lowry told Fox News. As they were walking they spotted feces from what they believed was a bear, he said.

"Before you could even think or blink, there's a bear that came running out of the trees right in front of me," said Lowry, who was attacked first. "It was beating me up pretty good."

The Alaska Air National Guard rescued a 39-year-old bear-mauling victim at Wrangell-St. Elias Park in Alaska, as seen in footage posted on September 15.

OLDEST GORILLA IN AMERICA DIES AT 63 IN KENTUCKY: 'MISS HER GREATLY'

He suffered a broken arm that required six screws and bolts and was bitten in the right thigh. He eventually curled up in a ball during the attack. Seeing his friend in danger, Cummings yelled and then grabbed the bear before being chased by the animal itself.

Lowry then called 911 and yelled at Harrison and Jackson for help. Harrison said he went up a hill and spotted Cummings who was on his way down and obviously injured.

"He was just drenched in blood coming down the hill everywhere," Harrison told Fox News. "Me and Orrin took turns carrying him down to the bottom where the field was."

The group flagged down first responders who arrived at the scene a short time later. Cummings was air-lifted to a hospital and Lowry was taken to a local hospital via ambulance, their wrestling coach Jim Zeigler told Fox News. Both eventually ended up at a trauma center in Billings, Montana. 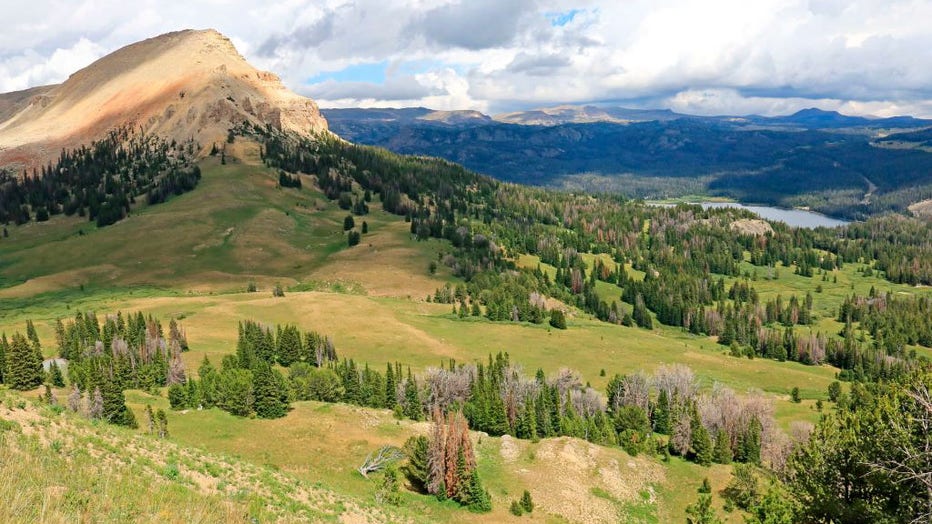 Cummings and Lowry are expected to recover but will be sidelined from Wrestling as they recuperate from their injuries, he said. Harrison and Jackson said they plan to participate in upcoming wrestling matches.

"For those guys, there's a lot of emotional trauma. I don't think we can even begin to describe what went on there with them having to go and rescue a kid, bring him out and carry him out," Zeigler said of Harrison and Jackson.

Lowry was released from the hospital Monday. Cummings could possibly be released later in the week "but with drainage tubes," Zeigler said.

"There's real serious puncture holes and wounds. He took a lot of staples to his head and also (there's) some cosmetic surgery for his cheek," he said. "Neither one of them are going to be wrestling for a while."

Bear sightings in the area where the attack occurred are not uncommon, officials with the Wyoming Department of Fish and Wildlife said in a statement.

"In the vicinity where the attack occurred, reports from landowners and hunters indicate there may be six to 10 different bears moving between agricultural fields and low elevation slopes," said Dan Smith, Cody Region wildlife supervisor.

In an email to students notifying them of the incident, Northwest College President Lisa Watson said she was grateful to those who assisted the injured wrestlers.

"It took quick thinking and no small amount of bravery for this to have ended without tragedy," she said.