A June 24-30 survey showed 25.5 percent of respondents aged 18-24 years had seriously considered suicide in the past month.

More than 700,000 people die by suicide each year around the globe, according to the World Health Organization. That equates to one person every 40 seconds.

The COVID-19 pandemic has further impacted the mental health of people worldwide amid stay-at-home orders and worries about illness, leading to increased feelings of isolation and vulnerability, according to the International Association for Suicide Prevention (IASP).

Suicide is the fourth-leading cause of death in young people between the ages of 15 to 19 worldwide.

The WHO says suicide is a global phenomenon occurring in all regions of the world, noting that over 77% of global suicides occurred in low- and middle-income countries in 2019.

In the United States, suicide is the 10th leading cause of death overall.

The number of lives lost has prompted the creation of World Suicide Prevention Day, observed each year on Sept. 10 to bring awareness about prevention worldwide. The day is organized by the WHO, IASP and World Federation for Mental Health.

This year’s "Creating Hope Through Action" campaign is intended to serve as a reminder that there is an alternative to suicide — and that actions may provide hope to those who are struggling, no matter how big or small. 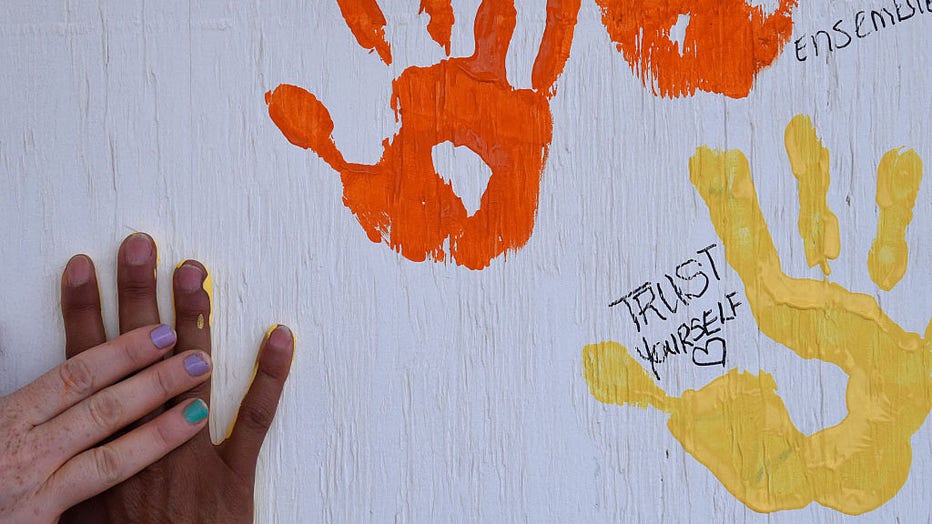 The WHO lists stigma as a main challenge of suicide prevention, noting the taboo in many societies that prevent people from openly discussing their mental health issues. To date, only a few countries have included suicide prevention among their health priorities and just 38 countries report having a national suicide prevention strategy, according to the organization.

President Joe Biden issued a proclamation in honor of World Suicide Prevention Day, noting the number of veterans and active military service members who have considered suicide and its particular impact on young people in the U.S.

"Already, millions of Americans consider suicide, make a suicide plan, or attempt suicide every year — especially young Americans for whom suicide is the second leading cause of death. This number is even higher among LGBTQ+ and Native American youth," the proclamation reads.

Organizers of World Suicide Prevention Day stress that suicidal thoughts are complex and that no single approach works for everyone. Here are some of the ways individuals can help a loved one who may be struggling:

There are warning signs and risk factors that loved ones should look out for if they are concerned about a person — including what they speak about and changes in their behavior and mood, according to the American Foundation for Suicide Prevention.

Conditions like depression, anxiety and substance problems, especially when unaddressed, increase the risk for suicide.

Other situations, such as the loss of a job, the death of a loved one or divorce, can also be a risk factor.

"Suicide most often occurs when stressors and health issues converge to create an experience of hopelessness and despair. Depression is the most common condition associated with suicide, and it is often undiagnosed or untreated," the American Foundation for Suicide Prevention says.

Have an open and honest conversation

For those who are concerned about a loved one, experts say to talk to them in private, listen to their story and let them know you care.

The American Foundation for Suicide Prevention suggests asking directly if they are thinking about suicide and encourage the person to seek treatment. The organization also lists examples of how to begin the conversation.

"Show understanding and take their concerns seriously. Let them know their life matters to you. That one conversation could save a life," the American Foundation for Suicide Prevention says.

RELATED: How to talk to someone who may be struggling with depression or anxiety

If you are struggling with suicidal thoughts

Don’t wait for someone to reach out. Treat yourself like you would treat someone else who needs your help, the American Foundation for Suicide Prevention says.

Call the National Suicide Prevention Lifeline at 1-800-273-8255 or text HOME to 741-741 (Crisis Text Line). The crisis center provides free and confidential emotional support 24 hours a day, 7 days a week to civilians and veterans.