Allred shares some of her personal stories about Ginsburg, saying she was a pioneer and fully committed to women's rights, the pro-choice movement, enforcing the law and deciding cases that were consistent with the Constitution.

LOS ANGELES - U.S. Supreme Court Justice Ruth Bader Ginsburg died Friday at 87 of metastatic pancreatic cancer, according to the court. She was the oldest sitting member of the court.

"She was a pioneer and that's why my heart's broken," says Allred. "She was fully committed to women's rights, fully pro-choice, fully committed to enforcing the law, interpreting the law and deciding cases consistent with the Constitution and everything she believes."

Allred admired her for her strength, especially as she fought against cancer and all her health issues. 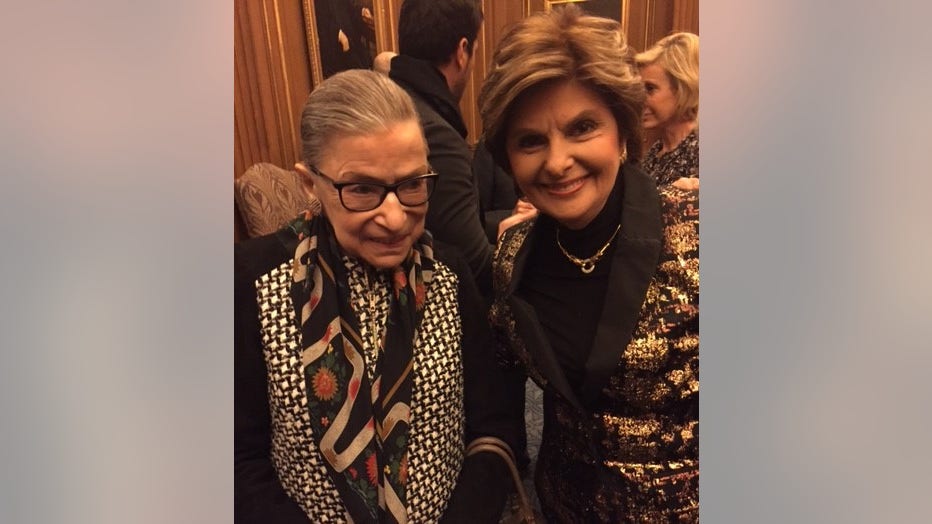 Allred is considered an icon in the women's rights movement and is someone that younger attorneys look to for guidance and inspiration.  Gloria learned from Ginsburg that women must be courageous, even though she was often considered a minority on the Supreme Court in her views. Allred says Ginsburg was extremely cordial, even with those who opposed her views on the Supreme Court.

"We have to continue to be courageous, and that's how she was for her entire career."

A look back on the life and legacy of Justice Ruth Bader Ginsburg.

"For the young women, it's ok to grieve and to have your heart broken like mine is right now," Allred said while holding back tears. "But as I say, first we cry, and then we fight, and we fight in her name. We will fight on, and we will make her proud that we are continuing her legacy."