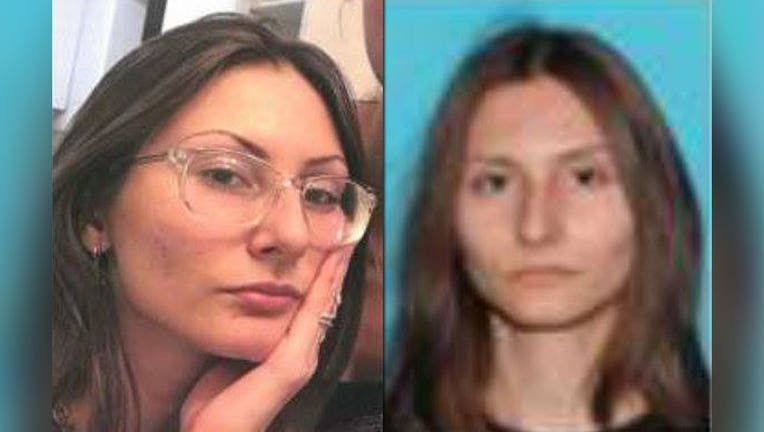 LITTLETON, Colo. (AP) - A young Florida woman who authorities say was so "infatuated" with the Columbine school shooting they feared she was planning an attack in Colorado just days ahead of the 20th anniversary was found dead Wednesday in an apparent suicide after a nearly 24-hour manhunt.

Jefferson County Sheriff Jeff Shrader said 18-year-old Sol Pais was discovered by the FBI with what appeared to be a self-inflicted gunshot wound.

The manhunt had led to the closing of Denver-area schools as a precaution, with classes and extracurricular activities canceled for a half-million students.

During the urgent search, the FBI said Pais was obsessed with the 1999 mass shooting at Columbine High School and made threats ahead of Saturday's anniversary of the attack that killed 13 people. The FBI described her as "extremely dangerous."

The Miami Beach high school student flew to Colorado on Monday night and bought a pump-action shotgun and ammunition from a gun shop in Littleton, not far from Columbine, authorities said.

"We're used to threats, frankly, at Columbine," John McDonald, executive director of security for the Jefferson County school system, said when the manhunt was over. "This one felt different. It was different. It certainly had our attention.

Authorities gave no immediate details on where Pais was found, but FBI agents had focused the search around the base of Mount Evans, a popular recreation area about 60 miles southwest of Denver.

McDonald described her trip as a "pilgrimage" to Columbine and cited her purchase of the shotgun as one reason officials took her as a serious threat.

"Those two things combined with her fascination of Columbine - that's pretty clear and convincing evidence that she was a threat to the school," he said.

Colorado Gov. Jared Polis said after receiving word that the hunt was over that he and all Colorado parents are "hugging their children a little tighter."

Authorities said Pais was last seen not far from Columbine - in the Jefferson County foothills outside Denver - in a black T-shirt, camouflage pants and black boots. Police were instructed to detain her for a mental health evaluation.

In Pais' hometown of Surfside, Florida, Police Chief Julio Yero asked that the family be given "privacy and a little time to grieve."

"This family contributed greatly to this investigation from the very onset. They provided valuable information that led us to Colorado and a lot of things that assisted in preventing maybe more loss of life," he said.

Pais' parents last saw her on Sunday and reported her missing to Florida authorities on Monday night, Surfside police said.

Authorities said her threats were not specific to any school. But Columbine and more than 20 other schools outside Denver reacted by locking their doors for nearly three hours Tuesday afternoon, and some canceled evening activities or moved them inside.

Jefferson County school officials said events planned to mark the anniversary this weekend will go on as scheduled, including a ceremony at Columbine on Saturday.

Two teenage gunmen attacked Columbine on April 20, 1999, killing 12 classmates and a teacher before taking their own lives.

Adam Charni, a Miami Beach High School senior, said Pais dressed in black and kept mostly to herself. He said he was "baffled" to learn she was the person authorities in Colorado were searching for.

Colorado state Rep. Patrick Neville, the Republican House minority leader, was a 15-year-old sophomore at Columbine High at the time of the shooting and now has three school-age daughters.

"It wasn't easy for me to explain to my kids what was going on last night," Neville said on the House floor Wednesday.