HOLLYWOOD, Calif. - Police Wednesday released security footage in hopes of finding the hit-and-run motorist responsible for badly injuring a woman who was crossing a street in the east Hollywood area. 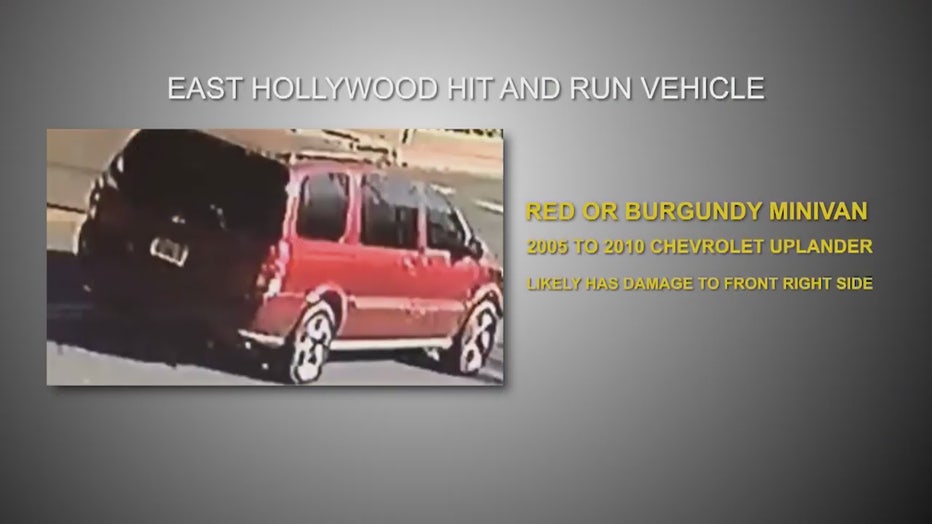 The 50-year-old pedestrian was crossing Fountain Avenue at Lyman Place in a crosswalk about 9 a.m. Tuesday when she was struck by a red or burgundy 2005-2010 Chevrolet Uplander minivan, according to the Los Angeles Police Department, which did not release a suspect description.

Paramedics took the woman, whose name was withheld, to a hospital for treatment of a "severe injury," police said.

A $25,000 reward was being offered for information that leads to the arrest and conviction of the involved driver.