NEW YORK - Bay Area residents were expressing their shock and sadness over the death of a 40-year-old woman pushed to her death in front of a New York City subway train over the weekend, as they learned the victim grew up in Fremont.

Police identified the woman, who was killed, as Michelle Alyssa Go. Investigators said that on Saturday morning, Go, a resident of New York, was waiting on the platform at Times Square station when a man shoved her onto the tracks and into the path of a southbound train. She was pronounced dead at the scene.

The suspect, 61-year-old Simon Martial, fled but turned himself in to authorities a short time later, investigators said at a news conference held at the subway station along with New York City Mayor Eric Adams.

Martial, described as a homeless man who has been on parole, was charged with second-degree murder. 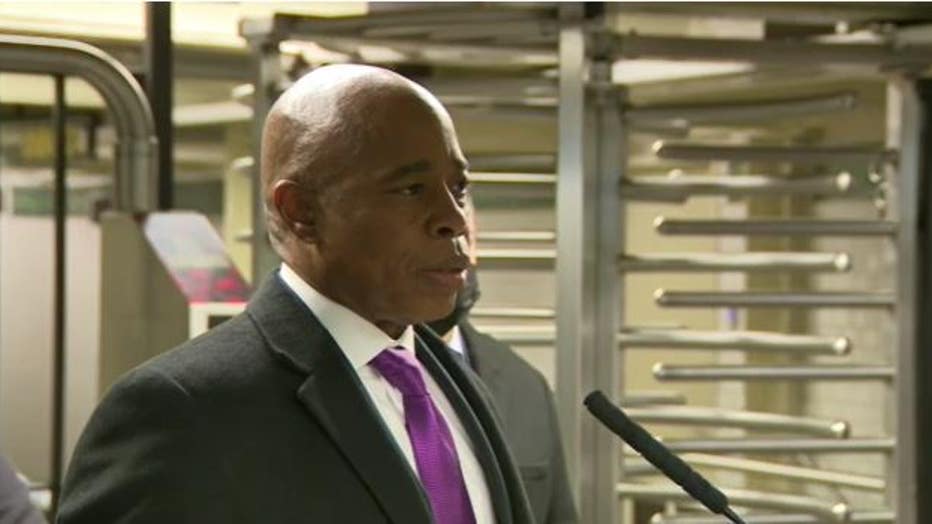 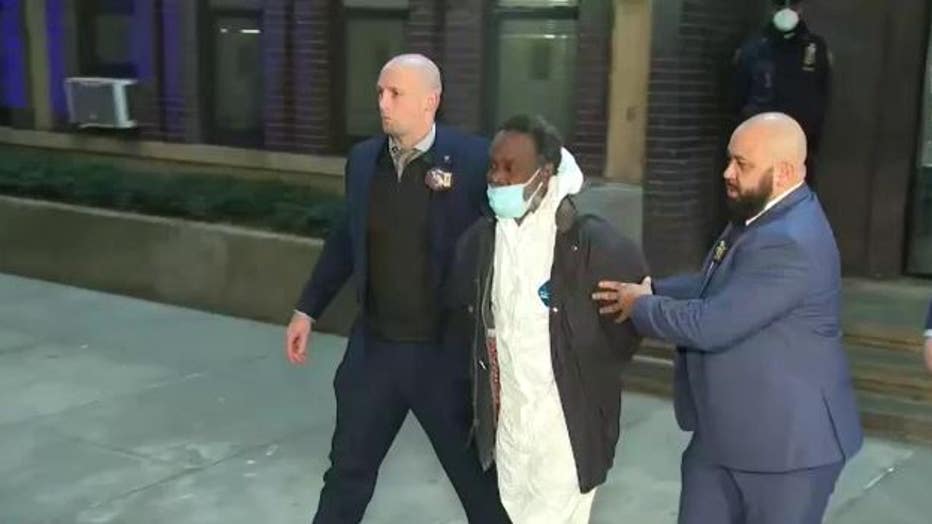 Simon Martial, 61, was charged with second degree murder in the killing of Michelle Go, who was pushed to her death at a New York City subway station on Jan. 15, 2022.

On Sunday, Go's former classmates at American High School in Fremont mourned her death and paid tribute to the woman described as a wonderful, compassionate and kind person. Go attended the University of California in Los Angeles as an undergraduate, graduated from New York University’s Stern School of Business and worked as a Senior Manager of mergers and acquisitions for Deloitte Consulting, according to her LinkedIn page.

She also spent years as an active volunteer for the New York Junior League, helping at-risk community members including the homeless.

Rui Ma, a tech analyst based out of San Francisco, shared on Twitter, "She was my HS classmate & always a source of light. Just 40 years old. Taken way too soon."

"We are in a state of shock and grieving the loss of our daughter, sister, and friend. We hope Michelle will be remembered for how she lived and not just how she died. She was a beautiful, brilliant, kind, and intelligent woman who loved her family and friends, loved to travel the world and to help others. Her life was taken too soon in a senseless act of violence, and we pray that she gets the justice she deserves. Thank you for your condolences. We ask the media to please respect our privacy during this very difficult time."

The attack on Go, who was of Asian descent, also brought renewed attention to the rise in hate crimes against the Asian American and Pacific Islander (AAPI) community. Police officials said the killing, including whether it was a hate crime, was under investigation, but noted that Martial allegedly approached another woman in a threatening manner before pushing Go, and that the other woman was not Asian.

"This latest attack causing the death of an Asian American woman in the Times Square subway station is particularly horrifying for our community," Margaret Fung, executive director of the Asian American Legal Defense and Education Fund, said in a statement. She said the community was still mourning the death of Yao Pan Ma, a Chinese immigrant who was attacked in April while collecting cans in East Harlem. He died from his injuries on Dec. 31.

"These attacks have left Asian Americans across the city and across the country feeling vulnerable and they must stop," Fung said.

Mayor Adams said the attack further stressed the need for the city to address the needs of those suffering from mental health. "We want to continue to highlight how imperative it is that people receive the right mental health services, particularly on our subway system," the mayor said Saturday.

A vigil was being held for Go at New York City’s Times Square on Tuesday. Organizers said the event would be in remembrance of the victim of the senseless killing, as well as serve as a call for mental health reform and increased services for the "underrepresented AAPI community." 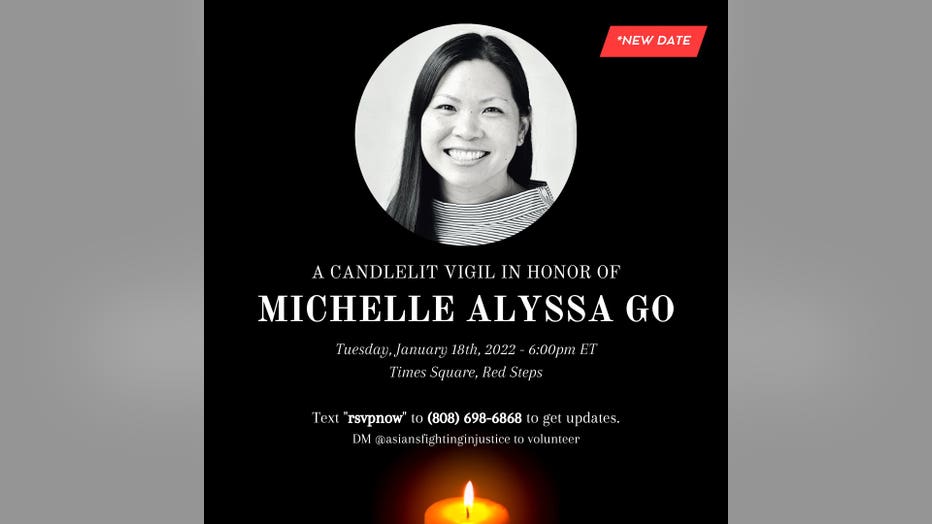 Organizers circulated this flyer on social media for a vigil to honor Michelle Alyssa Go, killed at a New York City subway station on Jan. 15, 2022.

The Associated Press contributed to this story, which was reported from Oakland, Calif.