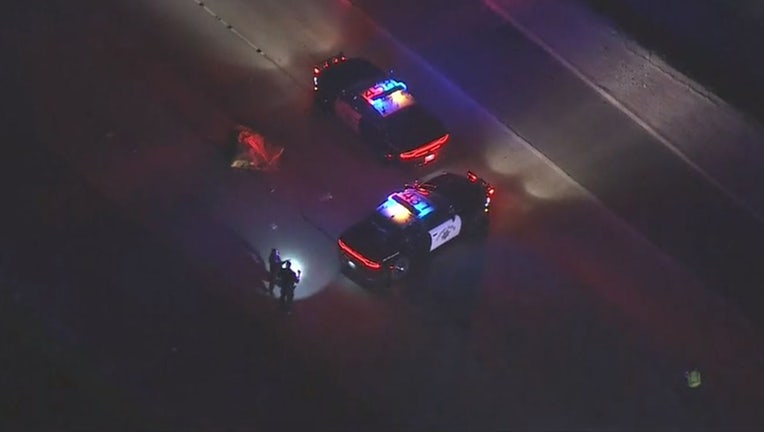 LOS ANGELES - A portion of the 210 Freeway in the Sylmar area was shut down Thursday night as law enforcement investigated a deadly crash involving a pedestrian.

The crash occurred at about 9:30 p.m. on the eastbound 210 Freeway near Hubbard Street. A woman was reportedly walking across the eastbound lanes of the freeway when she was struck by a vehicle in the No. 2 lane, then struck by another vehicle seconds later, according to the California Highway Patrol.

The woman was pronounced dead at the scene, the CHP said. Her name has not been released.

An investigation into the accident prompted the closure of all eastbound and westbound lanes of the Foothill Freeway near Hubbard Street from about 9:30 p.m. to 1 a.m.

Alcohol or drugs are not regarded as factors in this crash, the CHP said.