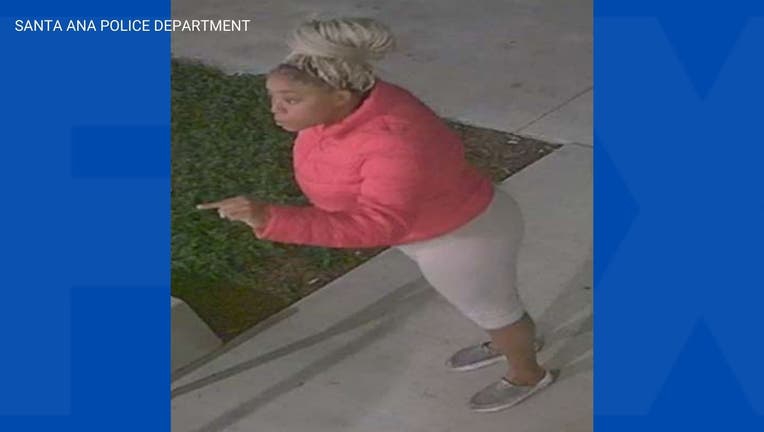 SANTA ANA, Calif. - Police are asking for the public’s help in locating a woman seen on surveillance video attacking a man in front of the Santa Ana apartment complex he lived in.

The Santa Ana Police Department responded to a call in the 300 block of West 1st Street a little after 8 p.m. on October 21. Upon arrival, officers were told the woman was asking the man for money at his home.

The man, who did not know the suspect, refused to give her the money and kicked her out of the apartment complex, police say. As he tried to slam the door on the woman, surveillance video showed the man kicking her, prompting the woman to grab him by the shirt and punch him multiple times.

The woman then walked out of the location after the fight, police say.

Police tell FOX 11 the man was a veteran.