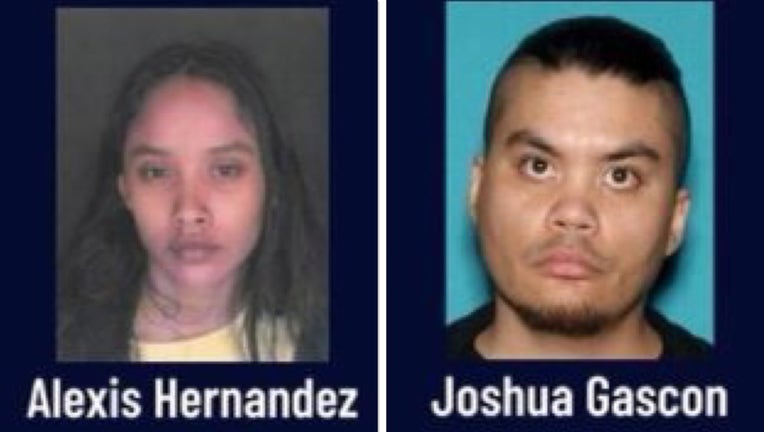 SAN BERNARDINO, Calif. - A woman was one of the two suspects arrested for attempted murder after she allegedly shot her ex-boyfriend, the San Bernardino Police Department said.

On July 18, officers were called to the 1500 block of East Date Street after reports of a shooting.

During the investigation, Alexis Hernandez and Joshua Gascon were identified as the suspects. According to San Bernardino PD, Hernandez was once in a relationship with the shooting victim, and she is the one accused of firing the weapon. In addition, Gascon allegedly drove the getaway vehicle after the shooting.

Investigators obtained arrest warrants and the two were arrested on Aug. 9. Officials noted that while serving a search warrant at the home, they found a firearm believed to be the one used in the shooting.