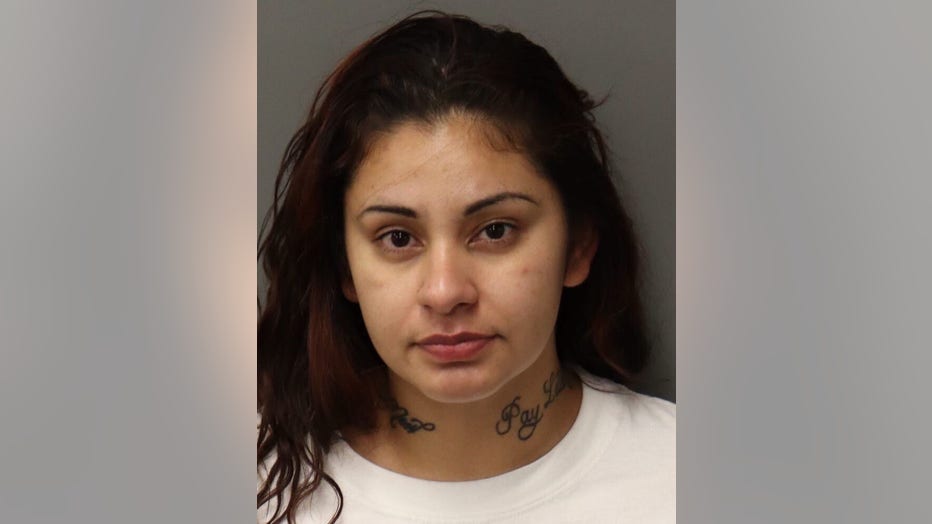 Jazmin Ugalde, 21, was arrested Thursday at Riverside Superior Court before her appearance in an unrelated identity theft and fraud case.

Riverside Police had obtained and served a search warrant at a home in the 4900 block of La Sierra Avenue where Ugalde was believed to be staying. They discovered personal information for several additional victims, authorities said. Investigators determined the identities were also being used to obtain EDD unemployment benefits.

Ugalde was not home when detectives served the search warrant, but they learned she had an upcoming court date for a separate case involving theft and fraud charges. As she arrived for her hearing, detectives placed her under arrest.

When arrested, police say Ugalde was found in possession of another EDD benefits card for one of the victims in this investigation.

"The State of California Employment Development Department (EDD) normally investigates these benefit fraud cases, however, their system has been completely overwhelmed with the dramatic increase in cases," Riverside police said in a statement. "This has led to local law enforcement agencies now investigating the frauds occurring within their own jurisdictions."

Authorities said that fraud attempts have become more prevalent during the COVID-19 pandemic. Stay up to date with the various types of fraud and scams by visiting the FBI's website.

Anyone with additional information about this fraud investigation or about Ugalde was urged to contact Riverside Police Detective Cory Camp at 951-353-7117 or by email at clcamp@riversideca.gov.