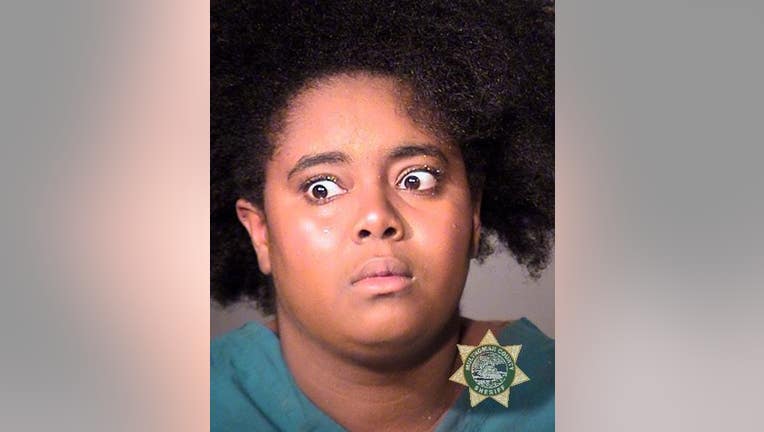 PORTLAND, Ore. - Authorities issued an arrest warrant Friday for a woman accused of trying to choke a Muslim student with her headscarf and then harassing her by stripping down at a train station in Portland, Oregon.

Jasmine Renee Campbell, 23, has been indicted on hate crime, attempted strangulation, harassment and criminal mischief charges for the Nov. 12 attack at a downtown MAX station.

The warrant was issued after she failed to appear in court on Friday.

The Multnomah County district attorney's office described the attack, saying Campbell grabbed the religious head cover worn by the Portland State University student to try to choke the student with it.

Prosecutors said Campbell then stripped down and rubbed the student's hijab over Campbell's naked breasts and genitals while disparaging Muslims.

Reached by phone, Campbell told KPTV that she wasn't trying to hurt the student, had been drinking too much and is being treated for a mental health condition.   Authorities said the two women didn't know each other.

The 24-year-old Muslim woman, who is a foreign exchange student from Saudi Arabia, said she now wears a hat to cover her head because she doesn't feel safe wearing a hijab in public.