Wilmington residents upset over increase of trucks on neighborhood streets

Residents in Wilmington voiced their displeasure of trucks taking over neighborhood streets.

LOS ANGELES - The overflow at the Port of Los Angeles is affecting nearby neighborhoods.

Residents on Dominguez Street in Wilmington have put up barricades with signs reading "No Trucks".

They say they’ve had enough of a long time problem that has exploded since the pandemic. The backup at the Port of Long Beach has caused several containers to stall... whether they are loaded or unloaded and trucks are forced to park on city streets.

"We have written over 400 citations," explained Councilmember Joe Buscaino, who represents the area. The trucks are allowed on the trucking corridor, which is mostly Anaheim Street, and only allowed on some side streets if they are entering or leaving the company they are delivering to.  The problem has been a lack of space. 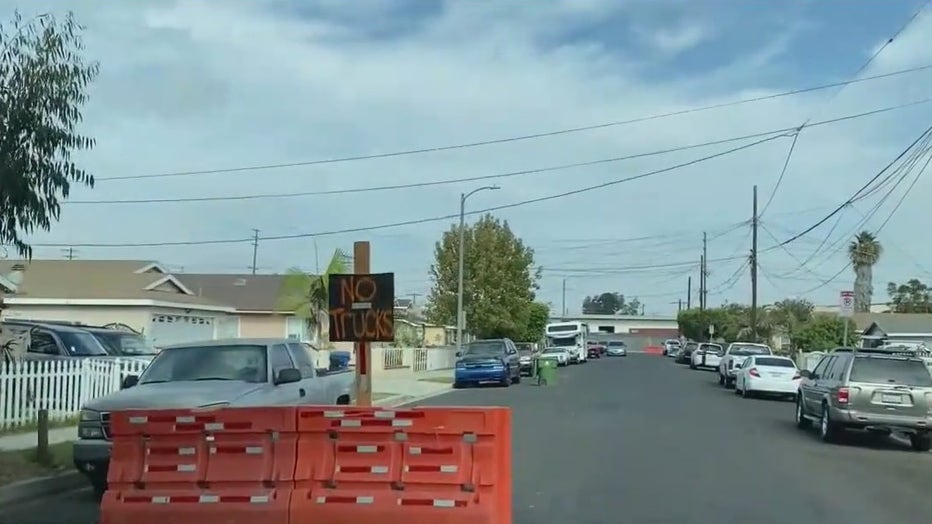 The Port of Los Angeles has identified several lots to put the containers into and city officials are working to speed up the permits and find operators to get the containers, at least, into those large spaces. They say residents should see an improvement soon.

But in those neighborhoods, people tell us they’ve had issues with truckers since before the pandemic. They drive too fast on residential streets where children play. No one was injured when a shipping container actually rolled off a truck on October 19 and crushed a park car. But residents fear "it’s only a matter of time."