Have you ever wondered why meteorologists say that the eastern side of the storm is the most dangerous? Or call it the "dirty side" of a hurricane?

Usually the right-front quadrant of a storm in the Northern Hemisphere carries higher winds, waves and storm surge, according to the University Corporation for Atmospheric Research. 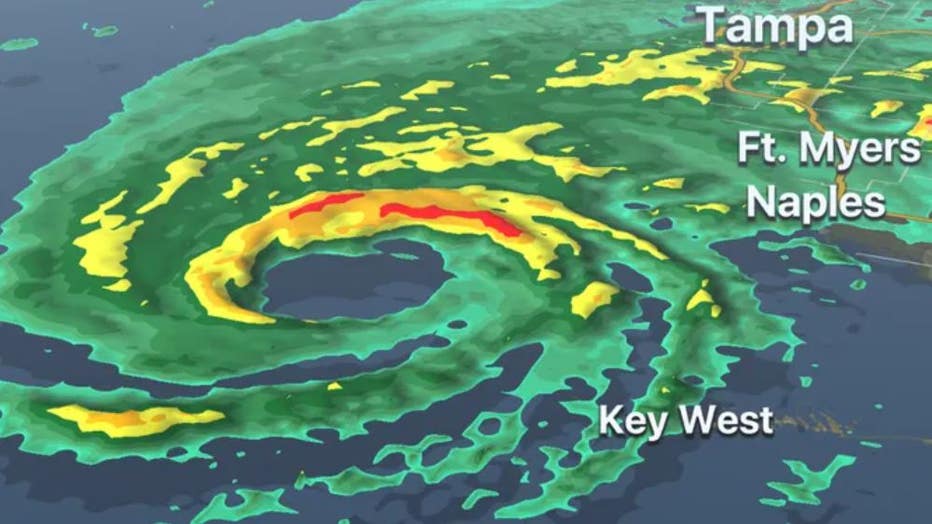 If you look at a satellite image loop of Hurricane Ian as it moved north Tuesday before an expected eastward turn into the Gulf Coast of Florida, imagine a clock superimposed over the circulation.

The right front quadrant, from essentially 1 o'clock to 3 o'clock on our imaginary clock, will have the strongest winds and worst storm surge. 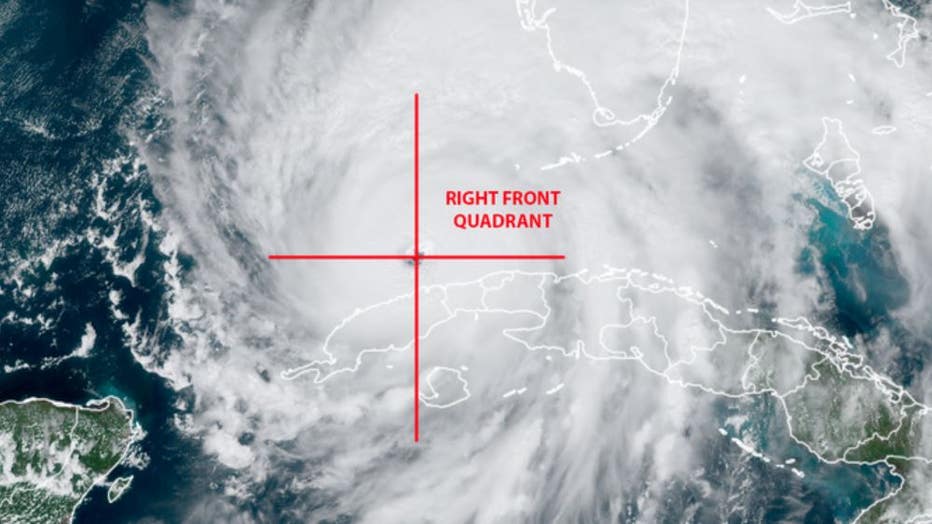 Every low pressure or cyclone circulates internally in a counter-clockwise direction in the Northern Hemisphere, including hurricanes, nor'easters and most tornadoes.

Steering currents, driven by atmospheric air flow in the upper levels, adds to the strength of the maximum sustained winds in that quadrant. For example, if a hurricane's steering currents were moving at 30 mph and sustained winds of the hurricane were 80 to 100 mph, the combination generates wind speed at 130 to 150 mph at 3 o'clock on the clock face. 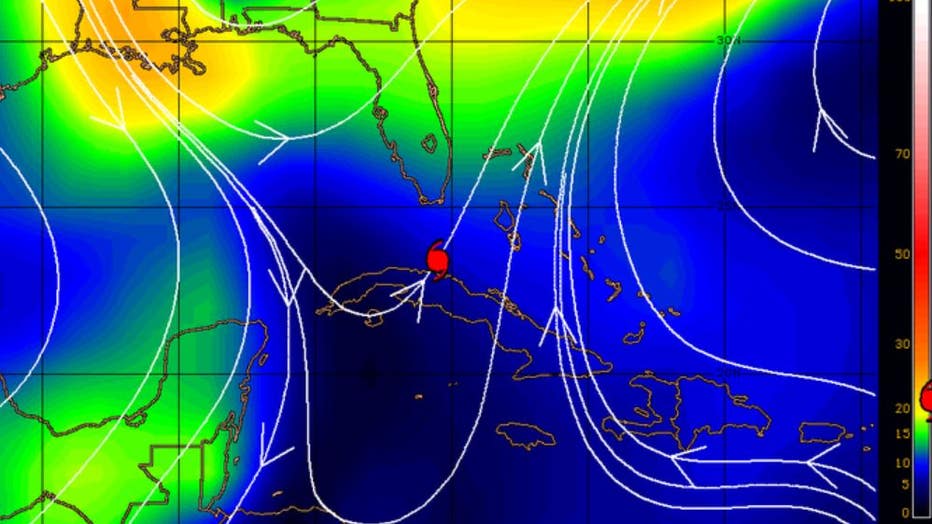 The upper air steering currents are in white show how they steered Hurricane Irma in 2017. (University of Wisconsin)

On the left side of the hurricane (9 o'clock on our imaginary clock face), the maximum sustained winds flow against the steering currents. So in the example above, the steering current of 30 mph would reduce the 100 mph hurricane wind speed to 70 mph, according to UCAR. The National Hurricane Center takes this into account when issuing official wind estimates.

HERE ARE THE BUZZWORDS YOU'LL BE HEARING DURING HURRICANE SEASON

The faster winds on that energized "right side" of the hurricane create higher waves, slightly higher wind gusts and the storm surge. The National Hurricane Center wrote that storm surge triggered by the low pressure of the storm (the atmosphere pressing less on the surface of the water) is minimal – about 5% – compared to the amount of water forced onshore by the hurricane-force wind. 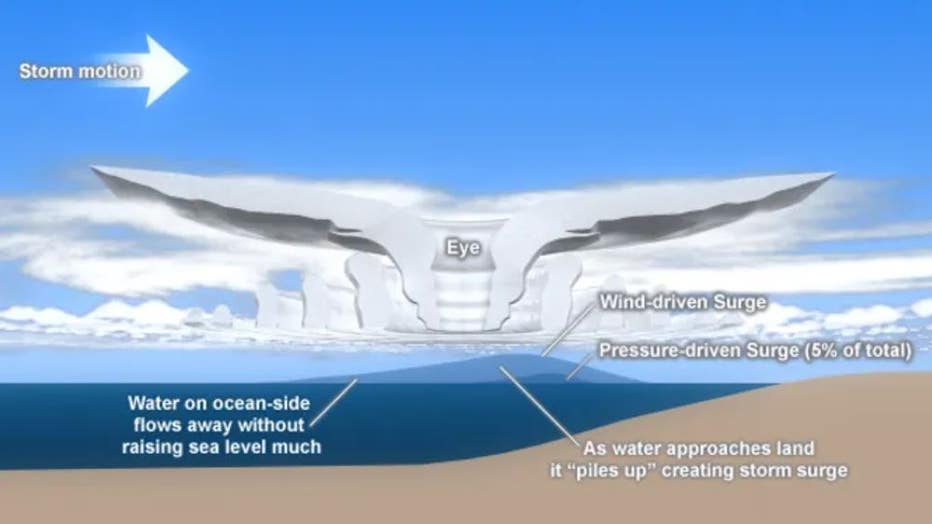 The storm motion is left to right with the circulation of the storm being counter-clockwise. Look at the water piling up at the right front quadrant of the cross-section of the hurricane. (The Comet Project and NOAA)

WHY FLORIDA'S GULF COAST IS SUSCEPTIBLE TO A HURRICANE'S STORM SURGE

When a storm surge triggered by being in the right quadrant of the storm aligns with a waterway like a bay or river, the effects can be even more dangerous.

The 115 mph winds out of the northeast were an offshore wind and actually forced water out of Tampa Bay. The video shows exposed sea walls and Tampa residents walking on what hours before was underwater by feet:

Tampa Bay was on the left side of Hurricane Irma in 2017 when it made landfall near Marco Island. The offshore winds blew the waters of the bay out to the Gulf of Mexico, allowing Tampa residents to walk along the muddy bottom of Hillsborough Bay from Bayshore.

The majority of tornadoes embedded in thunderstorms in the hurricane's rain bands and eye wall form in the front right quadrant as well, according to the National Weather Service. Twisters spawned by a tropical system are generally weak and short-lived but can still do damage.

THIS IS THE LIFECYCLE OF A TORNADO

The NWS looked at tornadoes formed by tropical systems in central South Carolina and eastern Georgia from 1950 to 2013. Their research showed that most of the tornadoes were from tropical storms and hurricanes that made landfall in the Gulf of Mexico and traveled north-northeast.