There are now 11 people onboard the International Space Station after Crew-2 arrived early Saturday morning.

CAPE CANAVERAL, Fla. - After a nearly 24-hour journey from Earth, the astronauts aboard the Crew Dragon Endeavour have arrived at the International Space Station!

The crew docked at around 5:08 a.m. on Saturday morning after launching from the Kennedy Space Center on Friday. NASA says this is the first time two Crew Dragons are attached to the space station and it's the second time for this particular one. 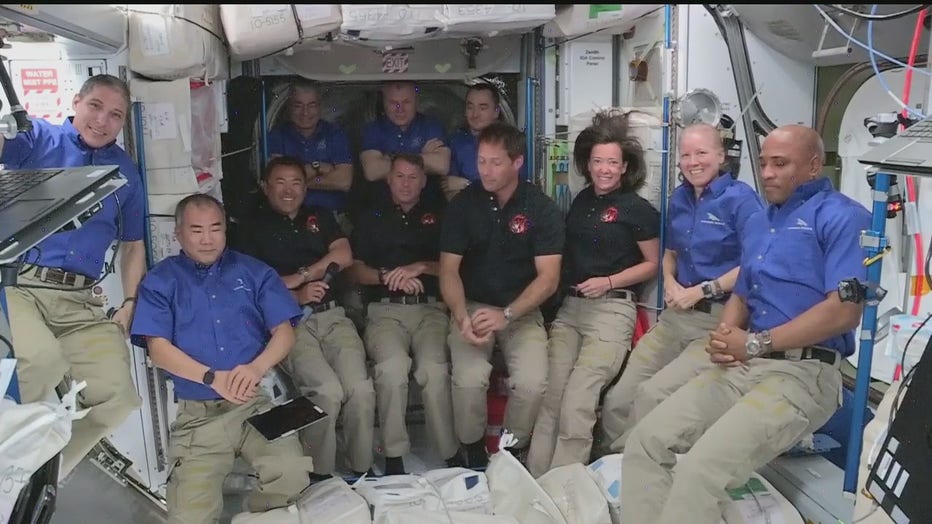 "Welcome to ISS! We are so excited to have you aboard!" ISS commander Shannon Walker told the Crew-2 astronauts over the radio after docking was completed.

The hatches of the Dragon and ISS opened after several steps and procedures to ensure the safety for the astronauts.

The Crew-2 astronauts were welcomed with open arms after arriving at the ISS on Saturday morning.

The Crew-2 astronauts have arrived at the ISS after launching from Florida on Friday morning.

Around 7:45 a.m., astronauts Shane Kimbrough, Megan McArthur, Akihiko Hoshide, and Thomas Pesquet were welcomed with open arms by the Crew-1 astronauts already on the ISS.

There are now a total of 11 astronauts on the space station.

"It's really an honor and privilege to fly on the Crew-2 Dragon and get here," said Hoshide. "Thank you to all the people that worked very hard to prepare us and the vehicle. We got here safely and now it's time to work here onboard the International Space Station and we look forward to working with everyone around the world."

The Falcon 9 rocket thundered into the morning sky from Launch Pad 39A at the Kennedy Space Center in Florida at 5:49 a.m. ET. on Friday. NASA said that the crew will spend six months in space.

As for the Crew-1 astronauts, NASA says they will depart from the ISS on Wednesday, April 28. They are scheduled to undock their Crew Dragon Resilience spacecraft at 7:05 a.m. ET.

Watch FOX 35 News for the latest on the space mission.