Phoenix Police talk man down from tower, reunites him with his dog

The Phoenix Police Department released bodycam footage of an Aug. 15 incident where a man who reportedly wanted to hurt himself climbed onto a high tower. They were able to talk him down with the help of his dog.

PHOENIX - A man climbed down from the top of a radio tower near 36th Street and Thomas Road after several hours of negotiations Sunday afternoon and days later, the Phoenix Police department released an emotion-filled video of officers talking the man down.

Phoenix rescue teams, paramedics, firefighters and other crews with the city responded after police were notified after a man who began climbing the tower at around 10 a.m.

Negotiations began once the man was midway up and continued until the man made it all the way to the top. "This was a very technical and dynamic incident with a positive outcome for all parties involved," officials said in a statement.

Fire crews gave the man a medical assessment before he was taken into police custody. He was uninjured.

Police say the unidentified man had made statements of wanting to hurt himself.

On Aug. 18, the police department released bodycam footage of the incident, with one officer saying, "We're here to help you."

The man had one request: to see his dog.

The video shows the moment when the man finally came down the tower and was reunited with his dog. 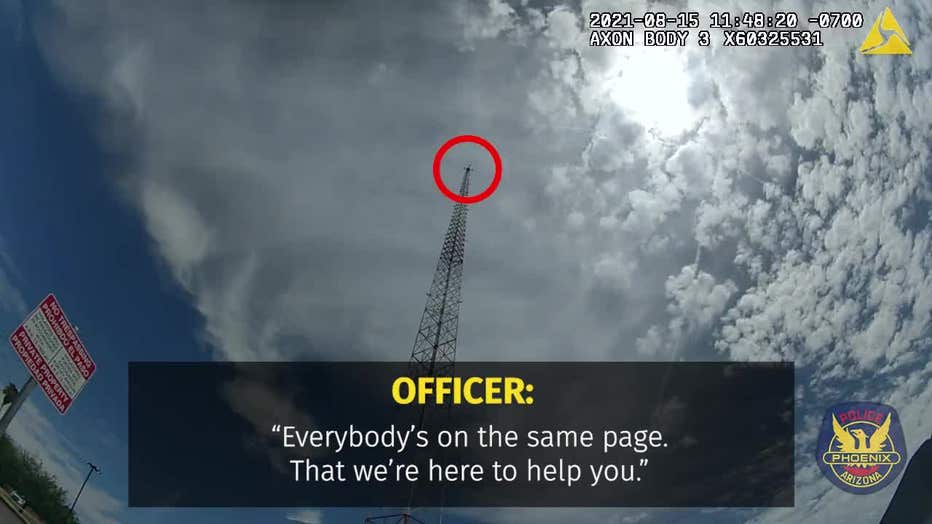 Phoenix Police officers talk down a man from a tower on Aug. 15. 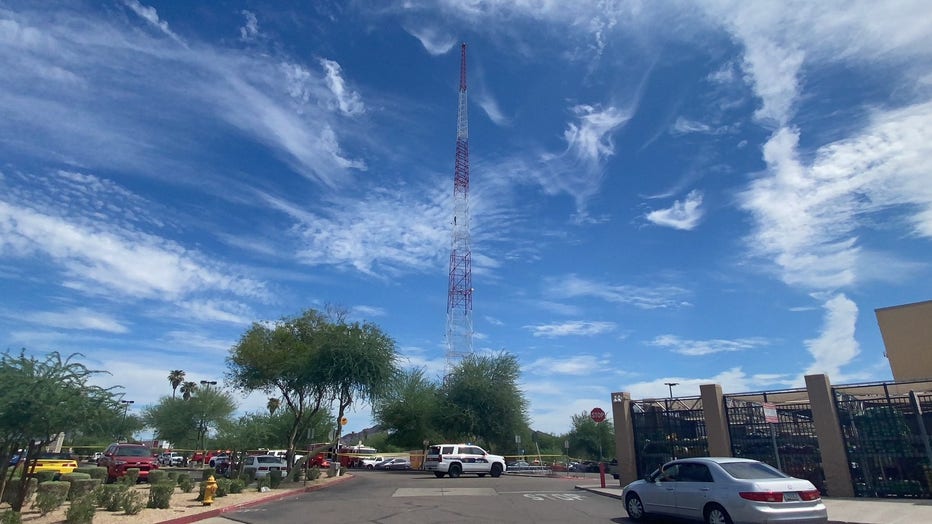 A man can be seen midway up a radio tower near a Walmart on 36th Street and Thomas.