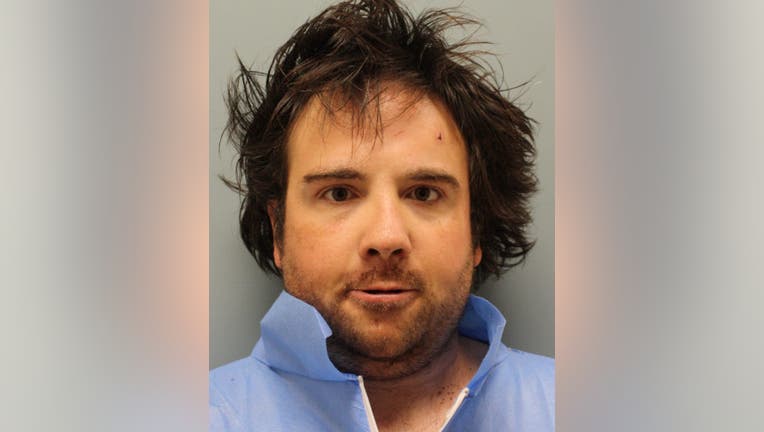 CYPRESS, Texas - A man who admitted to killing his grandmother in Cypress and assaulting another family member a month before is now behind bars, according to authorities.

Deputies with the Harris County Sheriff's Office say they were called out to a home Saturday in the 16100 block of Golden Sands Dr. to check on a family's 80-year-old grandmother. The family reportedly told officers in the window, that they could see her dead inside the home.

After speaking with family members, investigators learned her grandson, Chad Maydwell, 30, was wanted by the Grimes County Sheriff's Office for Aggravated Assault against another family member, which occurred on March 7.

Officials with HCSO said in a press release that Chad's father was assaulted, however, in a tweet, Sheriff Ed Gonzalez writes his grandfather.

Neighbors also confirmed with deputies that the 30-year-old's car was at "or near her residence" on Friday.

An arrest warrant was filed for Chad Maydwell, who was found early Sunday morning in the 12700 block of Jarvis Rd. Authorities say he tried to flee in a wooded area but was later captured by an HCSO K9 unit with the assistance of the Texas DPS and HCSO Air Units.

During the arrest, officials say Chad Maydwell admitted to both assaulting another family member and killing his grandmother.

The 30-year-old will be held in the Harris County Jail for both crimes but is now charged with the Capital Murder of his grandmother.