Marlo Dean spoke with Chris Williams of FOX Television Stations about her son overcoming his battle with a deadly disease to graduate from high school.

But shortly after, his mother, Marlo Dean, said his behavior changed and doctors misdiagnosed him with autism and ADHD. However, she then noticed Dante’s ankles were turning inward and returned to the doctor.

"That really bothered me because autism doesn’t do that," Dean told FOX Television Stations Sunday. 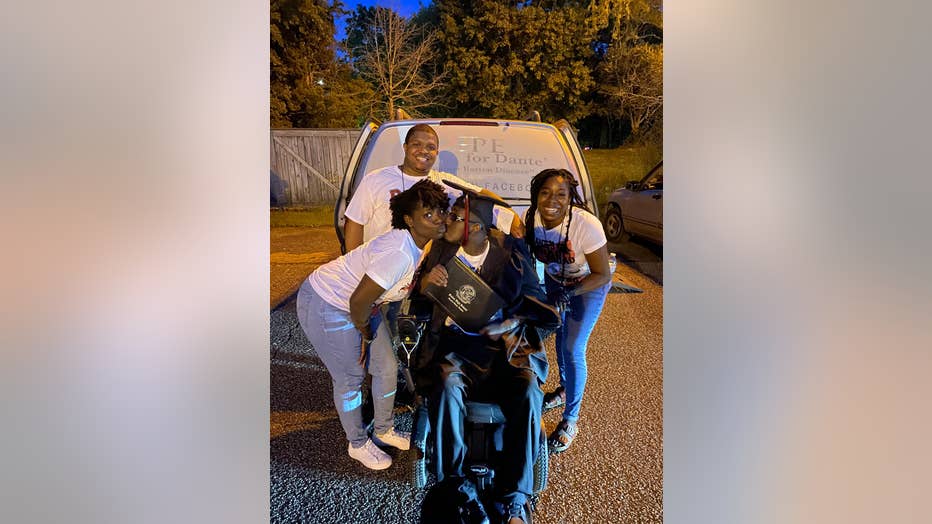 Years later and after much suspicion, a Boston doctor diagnosed Dante with Batten disease, a deadly disorder that damages the brain and nervous system which can cause patients to have seizures, dementia and motor skills disfunction.

Dean said she was told her son may not live past his teens.

"It was amazing," Dean said. "It was just like the biggest and greatest joy ever."

"He was really excited ... he knew he was going to get to see his friends," she continued.

Dean said she doesn’t know what her son’s next move will be. Her family has considered traveling. However, she said Dante wants to continue his education. He’s eligible to return to Salem High School until he’s 21 years old to learn about life skills.

"Dante is still here, so I believe God is able," Dean added.

Dean has launched a Facebook page to document her son’s journey and receive donations to help with medical expenses. Her son also has xeroderma pigmentosum type A, a rare skin disorder.

Many communities recognize June as Batten Disease Awareness Month. According to the National Institutes of Health, the disorder is genetically inherited. It affects an estimated 2 to 4 out of every 100,000 children in the U.S. with symptoms appearing as early as five years old, according to the NIH.

Dean encourages other families going through similar ordeals to tap into their faith and push lawmakers to invest in more research into Batten disease with hopes of one day finding a cure.

"Never give up hope," she added. "There’s always hope."