Marcos Sandoval was killed while walking his dog.

LOS ANGELES - Investigators revealed Monday robbery was the motive behind the senseless murder of 52-year-old Marcos Sandoval who was shot and killed over the weekend while walking his dog in Los Angeles' Mid-City neighborhood.

Sandoval's death has left a community shocked and a family devastated. Now, authorities are searching for answers and are seeking the public’s help to find Sandoval’s killer.

RELATED: Man killed while walking his dog in Mid-City area

"It’s awful. He was walking his dog. We all walk our dogs every morning. My husband was out walking his dog at the same time," said a neighbor who asked not to be identified. She added that her husband waved to Sandoval that morning before tragedy struck. "The word ‘senseless’ just won’t leave my mind." 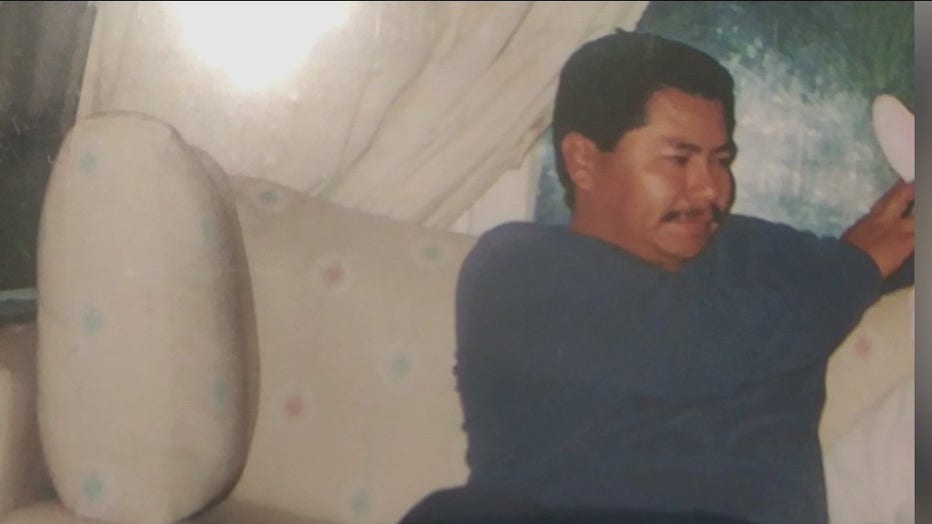 The neighbor told FOX 11’s Gigi Graciette everyone on the block knew Sandoval because he walked his dog every day, which is what he was doing during the final moments of his life.

Sandoval was making his way back home with his dog, "Toro," when around 5:47 a.m Saturday, authorities said a dark-colored sedan pulled up next to him on the corner of Genesee Avenue and Saturn Street, located in a quiet neighborhood near West Pico Boulevard and South Fairfax Avenue.

Los Angeles police investigators say the suspect got out of the vehicle, exchanged words with Sandoval, and opened fire. Sandoval was struck two times, while the suspect then got back into the vehicle and immediately left the scene, going northbound on Genesee Avenue.

Heartbroken family members gathered at a vigil Sunday night to remember the husband and father.

Vigil held for Mid-City man murdered while walking his dog

Marcos Sandoval., 52, was murdered while doing his daily morning routine in the Mid-City area.

After the shooting, Toro was able to run from the gruesome scene and found his way back home. He was not injured in the incident, police said.

It is unknown if Sandoval knew the suspect. LAPD said Sandoval's body was discovered around 6:15 a.m. by a passerby who called 911.

The Los Angeles Fire Department responded and Sandoval was pronounced dead at the scene by paramedics.

A GoFundMe has been set up for his family.

Anyone with information is urged to contact LAPD’s West Bureau Homicide detectives at 213- 382-9470. During non-business hours or on weekends, calls should be directed to 877-527-3247. Those who wish to remain anonymous can also submit tips online.