Search continues for suspect in East Hollywood hit and run

Authorities sought the public's help Wednesday to find a hit-and-run motorist responsible for injuring another motorist in the east Hollywood area in December.

EAST HOLLYWOOD, Calif. - Authorities sought the public's help Wednesday to find a hit-and-run motorist responsible for injuring another motorist in the East Hollywood area in December.

Police circulated video of the crash, which was reported at about 11 a.m. on Dec. 23, 2021 near Santa Monica Boulevard and Heliotrope Drive, according to the Los Angeles Police Department.

"The driver of a 2005 Ford F-150 pickup truck became involved in a traffic collision with a 2007 Honda Accord when negotiating a U-turn," police said in a statement. The Honda driver suffered minor injuries. 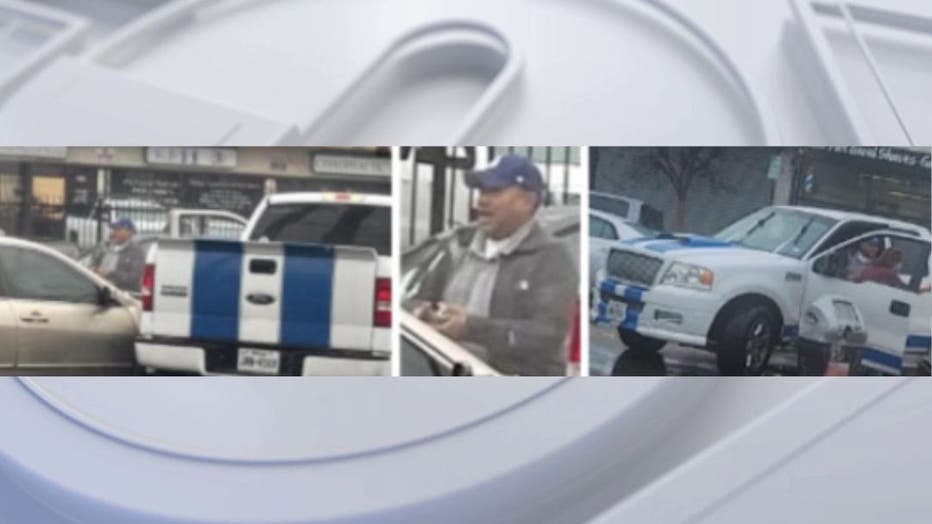 The man driving the Ford was described as being in his 50s, 5-feet-6 inches tall, weighing 175 pounds, with black hair. The truck was white with blue racing stripes, and had an extended cab.

A standing reward of up to $5,000 is available from the city of Los Angeles for information that helps solve the crime.

Anyone with information on the case was urged to call Detective Juan Campos of the Central Traffic Division at 213-833-3713, or email him at 31480@lapd.online. Tipsters may also call Crime Stoppers 800-222-TIPS or use the website www.lacrimestoppers.org.