In the video, zoo workers can be seen rushing to move soaked koalas to safety as others use brooms to stop alligators from escaping.

SYDNEY - Days after being threatened by brush fires, staff at a wildlife sanctuary in Australia had to relocate animals to safety after the grounds experienced sudden flash floods from much-needed torrential rainfall.

Located roughly an hour north of Sydney, the Australian Reptile Park posted a dramatic video of the incident to their Facebook page. In the video, zoo workers can be seen rushing to move soaked koalas to safety as others use brooms to stop alligators from escaping, all while water levels rose above fence lines.

The rushing waters can be seen nearly destroying a bridge that one of the staff uses moments earlier to carry helpless koalas away from the aggressive flood.

“This morning we made the tough decision to close the park for the day due to incredibly heavy (much needed!) rainfall resulting in floods we haven't seen for over 15 years!” the park wrote in a Facebook post.

A handful of Facebook users commented with prayers and support for the park, with many commenters offering to help clean and assist the animals.

The park followed up with a post assuring concerned visitors that it would reopen Saturday Jan. 18. 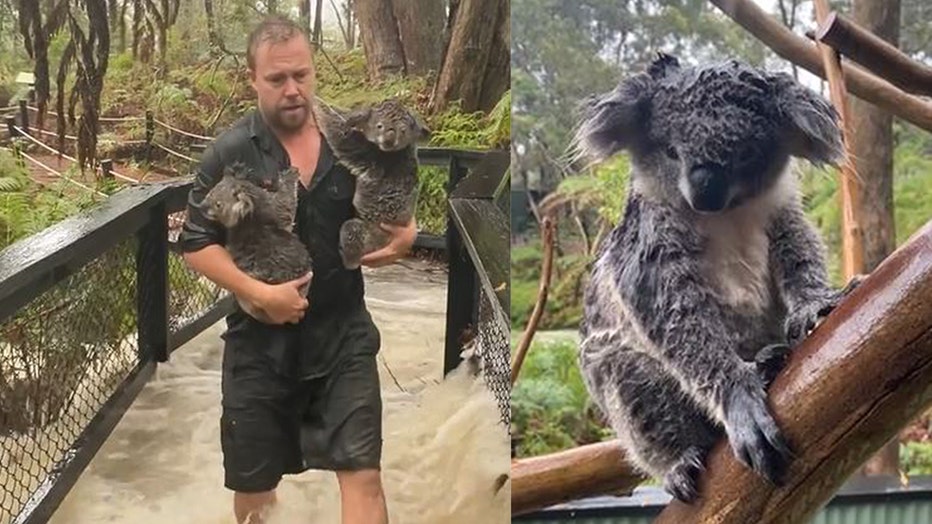 Workers at the Australian Reptile Park race to move animals to safety during flash flooding.

As the flooding subsided, all animals were eventually brought to safety. Tim Faulkner, the park’s director, said that him and his team had been working to assist areas devastated by the recent brush fires and expressed shock at the sudden flooding.

“At present we feel we can handle the massive clean up and have all hands on deck. If it rains again like this and more damage is sustained we will take up your generous offers,” wrote Faulkner on the park’s Facebook page.